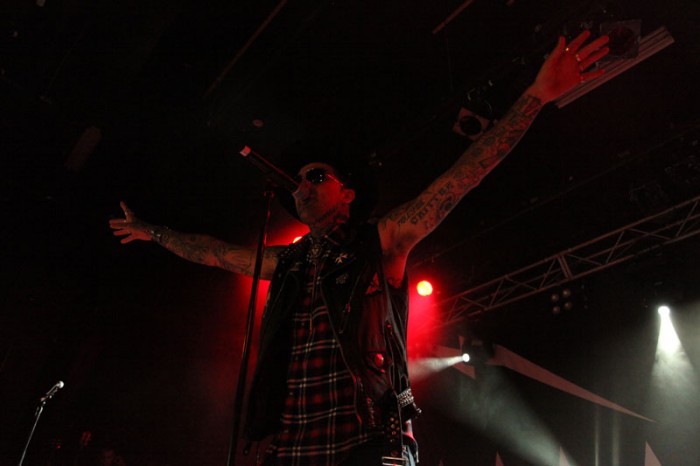 It was a hot night in Sydney as Yelawolf rolled into town for his second last show on his 2015 Australian tour, tonights show was sold out and if I thought things were hot outside it soon struck me that things were about to get even hotter up inside The Metro theatre as the cross culture crowd gathered to hear Yelawolf bring his distinct musical style that pairs American imagery with rock and country music influences.

Opening up the night was rapper B wise from Sydney’s South West, the triple j Unearthed winner looked pretty comfortable up on stage as he jumped around and got the crowd down with the sweet ‘Like You” but the crowd favourite and mine was definitely the funky “Prince Akeem”.  No doubt we will hear more from this Sydney MC in the future.

With B Wise gone a DJ set kept the party thumping as more punters flowed on in filling up the Metro to its capacity. Perhaps in true Rock N Roll fashion Yelawolf makes us wait well passed the schedule start time the crowd begins a restless a chant  “Yealwolf ! Yelawolf ! Yelawolf !”  A guitar sound emerges through the speakers, out of the dark of the stage emerges the DJ and Guitarist,  the crowd roars as Yelawolf himself appears and bam we get into it with “Outer Space”, the track finishes, the band intro is made, a skull from his beer receives the cheer of approval from the crowd an we move into Catfish Billy.

The show just flows and never lets down in energy at all, it is a great sight to behold we wave a hands in the sky ” I am whiskey in a bottle now” we sing . Watching Yelawolf live is always a good time, the way he struts the stage,  the rhymes that flow effortlessly from his mouth to the mike make an incredible performance. 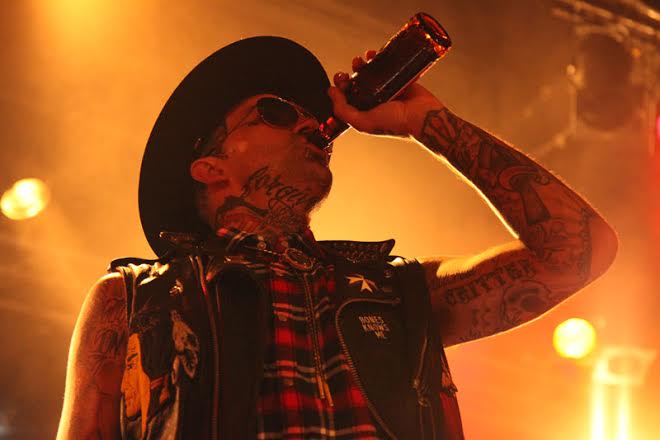 Yelawolf asks the crowd to show an honest display of hands ” who bought a copy of his latest album Love Story” I see a fair amount raised high, he then asks ‘ Who downloaded Love Story ” and far more hands go up but Yelawolf doesn’t mind instead he orders those who did to go home burn that shit and hand it to twenty friends thanking us for all he has received from his fans saying ” all that matters is you come to the show and have a good time “. 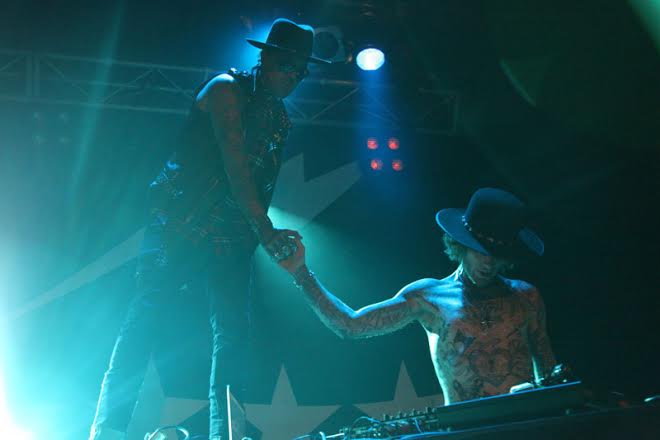 Brining the tempo down just a bit ” Empty Bottle” gets the crowd singing and swaying followed up by “Heart Break” and with the question “who  likes Johnny Cash ?” that lead us into that song,  the set finishes with “Till Its Gone”, I check the time and think about what an epic set, thinking no way will we get an encore.  A small portion of the crowd leaves, sweating profusely with big smiles on there faces, those who stayed begin the chant of “one more song !” the lights are still out, I ask myself what could he possibly have left, and then comes out of the speakers that sweet sound of “American You”  the song is just as sweet to hear live then it is at home. 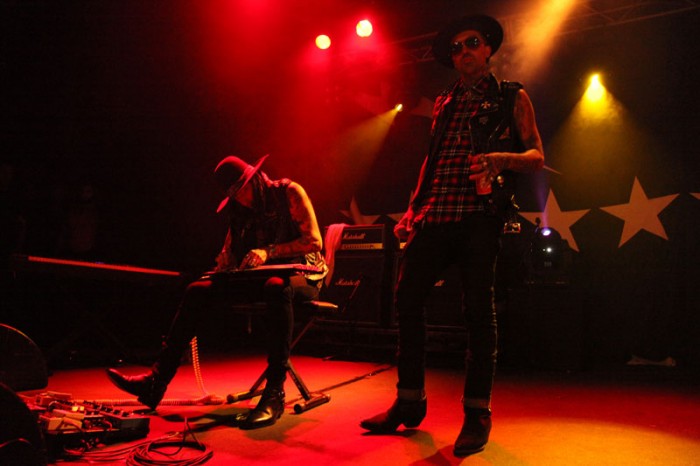 The band takes a final bow and the crowd  shows their appreciation and it is well deserved. Yelawolf is one of the most unique musical sounds in the world, and when delivered live it feels like a I am being served a great cross slice of Americana, but seeing it here in my hometown means I get to wash it all down with great local brew and that is what makes live music so great.

check out our full Gallery