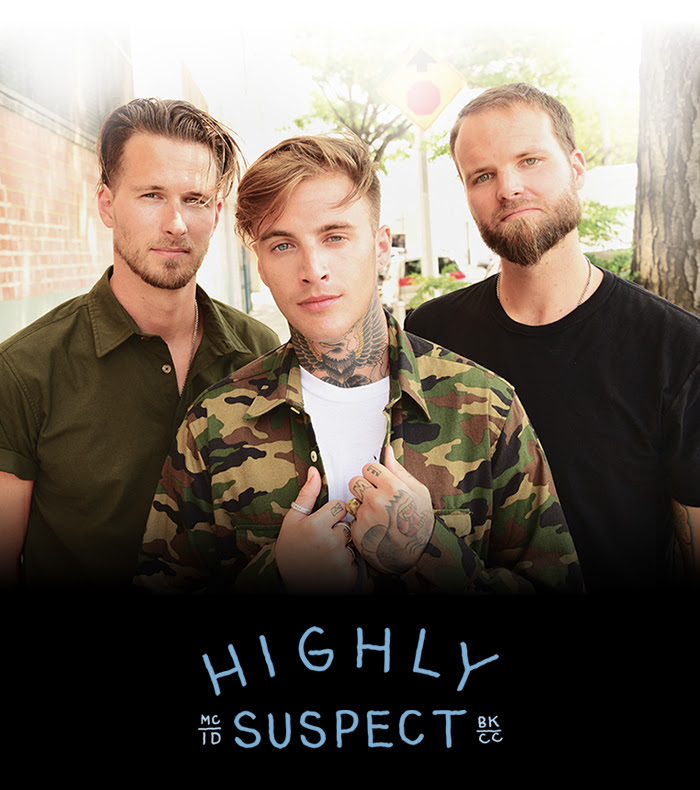 Tickets for all shows go on sale at midday this Thursday, December 17.

Telstra Thanks is bringing an exciting 48-hour pre-sale just for Telstra customers from 9am Tuesday December 15 until 9am Thursday December 17. For more information on how to purchase, visit:telstra.com/music.

Highly Suspect was formed in 2009 by Cape Cod natives Johnny Stevens and twin brothers Rich and Ryan Meyer. Immediately captivating audiences in their hometown with their exhilarating style, the trio have since released a string of acclaimed EPs and played more than 800 live shows – hitting the road with everyone from Deftones to Faith No More.

Now, Highly Suspect prepare to grace Australian stages in support of their Grammy-nominated debut album, Mister Asylum – released by 300 Entertainment in November. Upon release in the US, Mister Asylum debuted at #22 on the Billboard Top 200, quickly becoming one of the top three biggest selling rock debuts by a new act in 2015.

Teaming up with producer Joel Hamilton (Black Keys, Tom Waits, Elvis Costello) the band tapped into deeply personal territory to create something raw and immediately engaging. Rolling Stone, Entertainment Weekly, Billboard, The Fader and more praised the group, pointing to singles like “Lydia” and “Bloodfeather” as proof of the band’s infectious grit and unyielding honesty.

Don’t miss your chance to take in the unrelenting force of Highly Suspect in 2016.