With their power, melodies, hooks, songs and unmistakable aura of arena-sized magnitude, C.O.P UK (Crimes of Passion UK) will release No Place For Heaven their third album, and their first with new established UDR GmbH Label Services, on January 22nd 2016.

Produced and mixed by Sascha Paeth (himself a musician and songwriter as with Avantasia, Epica and others), the Sheffield, England-forged sextet have delivered 11 briskly addictive, exciting hard rock classics with influences ranging from hometown heroes Def Leppard to the likes of Saxon, Megadeth and classic White Lion.

“It’s good to see there are bands that are not denying where they came from, and ones who can still look ahead and are open to new influences,” says producer Paeth, and it’s crystal clear from opener “The Core” that C.O.P UK want to evoke the influence of such groups while injecting some new energy and steel into the proceedings. Songs such as the epically-structured “No Place For Heaven” with Cloudy Yang dovetailing wonderfully with Radcliffe to form a true radio-hugger the speedy melodic-metal thrust of “Halo” and the soaring emotions of “Catch Me If You Can” show a band whose steel-coated delivery and expansive embrace of classic-yet-fresh songwriting earmark them as a hard rock force which cannot be kept quiet.

Indeed, Radcliffe’s warm, soaring vocals always find perfect melodic congruence with the Staton/Mewse guitar axis, making music which feels gloriously timeless, doubtless the result of an insatiable work ethic which has prevailed since the band came together in 2005 and immediately leapt into playing as many shows as possible. Honing their craft on club stages all over Europe, the band recorded their second album, To Die For, in 2011 at Blind Guardian’s Twilight Hall Studios, Orion Studios in the UK before being completed at Helloween’s Tenerife studio.

It was during this spell that C.O.P.UK garnered major interest from one of modern metal’s founding fathers. Saxon’s Biff Byford personally invited them to tour Europe in May/June of 2011, touring with them again later that year, as well as appearing at metal festivals throughout the continent. 2012 saw C.O.P. UK’s ascent continue, with recognition from Metal Hammer magazine and further prestigious festival appearances such as the world famous Wacken Open Air and Bloodstock in the UK, and their ascension was further boosted by the help of UDR GmbH Label Services, which supported their release of a 4 track, 2 video EP titled “Kiss Of An Angel”.

Sometimes you’re lucky enough to get a chance to be part of rock history. This is one of those chances. Don’t believe us? No worries, your ears will confirm all for you… 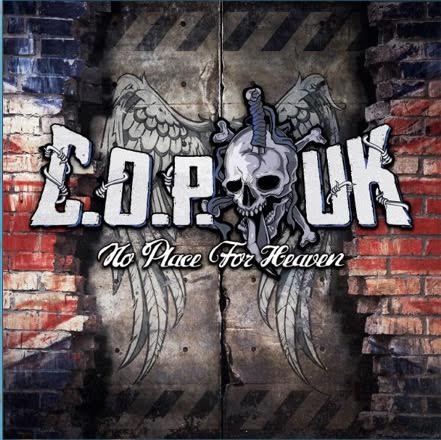