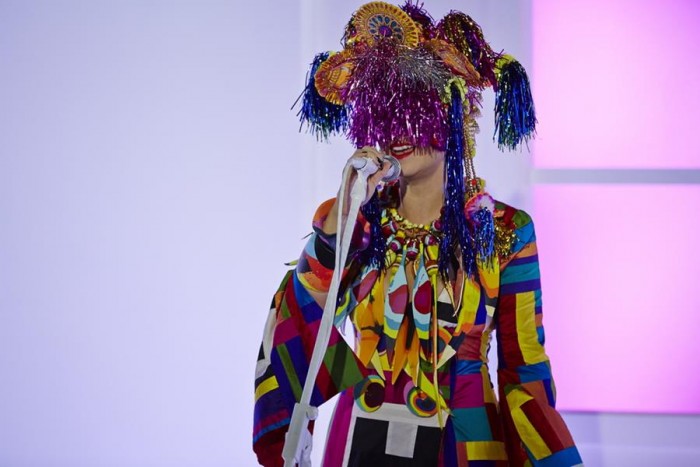 Big Girls Cry” is the third single from Sia’s chart topping album ‘1000 Forms of Fear’ and the third in the series of videos that includes “Chandelier” and “Elastic Heart”, which have had almost one billion views on YouTube combined.

The video was directed by Sia and Daniel Askill, who also co-directed both “Chandelier” and “Elastic Heart”. Once again it features a compelling performance from Dance Moms star Maddie Zeigler, who is now a household name in her own right.

This follows an incredible 12 months for Sia, which saw ‘1,000 forms of fear’ debut at #1 on Australia’s ARIA chart and the United States’ Billboard chart and taking home ARIA Awards for Album Of The Year, Best Female Artist, Best Pop Release and Best Video for “Chandelier”.

Last month Sia also won the 2015 APRA Songwriter of the Year award for the third consecutive time, making her the first artist in history to do so.

Over the past year, Sia’s TV performances have been loved by millions of viewers around the world, and have lived online well beyond the shows air dates. Her two performances on Ellen, plus performances on The Graham Norton Show, Late Night With Seth Myers, Saturday Night Live and Jimmy Kimmel Live! and of course this year’s theatrical and enigmatic Grammy Awards performance have been met with both popular and critical acclaim.

This morning, Sia wore all Australian designers including one of the signature items from Romance Was Born’s recent Cooee Couture range for her “Chandelier” performance and for “Big Girls Cry” Sia wore Josh Goot and Carla Zampatti.

Sia’s ‘1000 Forms of Fear’ is out now on Monkey Puzzle Records through Inertia.