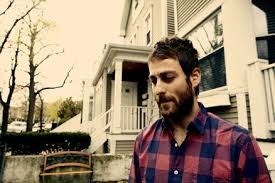 Mike Kinsella has spent nearly his entire life (give or take those first 12 years or so) playing with some of the most influential bands of the last couple decades. Indeed, an entire generation of musicians is indebted to his time in groups including Cap’n Jazz, American Football, and Owls.

After each of those bands dissolved for one reason or another, Kinsella took to recording under the pseudonym Owen and has slowly and steadily built up a solid catalog of releases under this solo project. Four of the Eight studio albums of the Owen collection have had local released on Australia’s own Hobbledehoy Records who are part of the team to bring the fans the first ever Owen shows in Australia. Kinsella will be delving into his back catalogue that stretches almost a decade and a half and completes with his latest offering of Other People Songs. Both Sydney and Melbourne will be treated to stand alone shows this July, do not miss this historic event.

TICKETS ON SALE 9AM THURSDAY APRIL 23 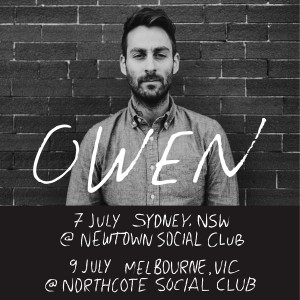