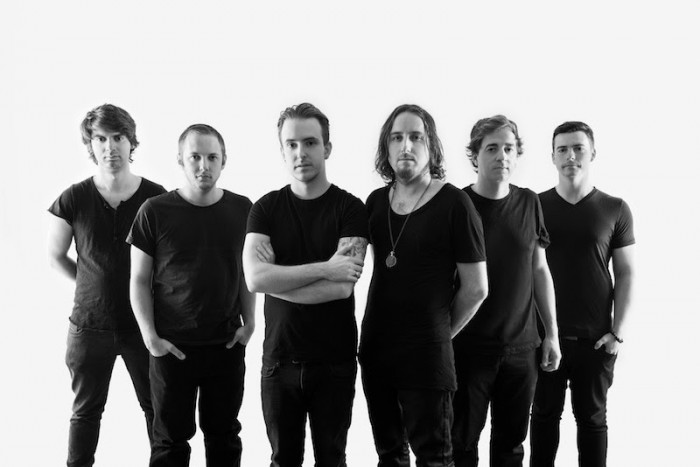 As the arresting artwork suggests, ‘Ocean’ is a sudden and invigorating aural plunge, a cathartic musical journey deep into the psyche of this fascinating act. Assuming a heavier, bolder cloak than the sound of their LP, ‘Ocean’ was produced, mixed and engineered by the much admired Adam ‘Nolly’ Getgood of US progressive metal legends Periphery following the band’s Australian tour last year.

Transience are getting into all the right ears with their confident modern metal. Watch a behind the scenes studio video HERE. Driven by vocalist Robert Cuzen’s incredibly dynamic vocals, ‘Ocean’ will find favour with heavy music fans across the nation and beyond. The gorgeous video for ‘Ocean’suits the moody, dreamy intensity of the song.

WATCH THE VIDEO FOR ‘OCEAN’ HERE

With a reputation for delivering technically stunning, highly stirring live shows and a series of national tours and festival appearances under their accomplished belts, Transcience will launch ‘Ocean’ with an anticipated hometown headliner. Joined by Sydney compatriots GLASS OCEAN and local stalwarts QLAYE FACE, catch these burgeoning acts live at Melbourne’s Ding Dong Lounge on Friday April 22. Tickets on sale via Oztix now.

Sitting comfortably and naturally in the wheelhouse built by now legendary Australian heavy acts like Karnivool, Dead Letter Circus and Breaking Orbit, Transience’s incredible work ethic and fearless spirit have them on the cusp of greatness. ‘Ocean’ is out now via iTunes, Spotify, Bandcamp and all the usual music outlets.