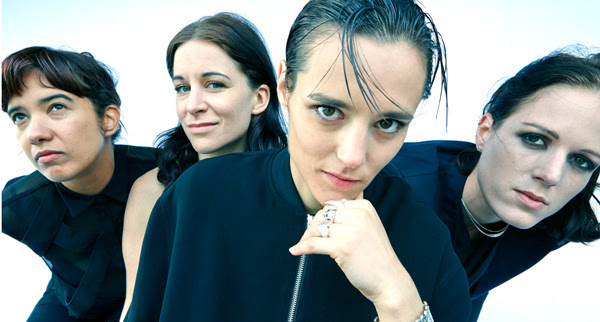 Current album single ‘The Answer’ is a frenetic guitar-fuelled anthem, led by the intensity of Jehnny Beth’s raw vocals. Watch the music video for ‘The Answer’

Released in January, ‘Adore Life’ was recorded in RAK Studios, London in April 2015. It is a record about change and the power to change, about sticking to your guns and toughing it out. It’s about now, not tomorrow. Watch the video for ‘Adore’

Since they last toured Australia around the 2014 Laneway Festival, Savages have released an acclaimed new album, ‘Adore Life’, played live on US talk shows Jimmy Kimmel Live! and The Late Show with Stephen Colbert and continue to tour extensively, taking in iconic venues including Manchester’s Albert Hall and San Francisco’s The Fillmore. This weekend, they will hit the stage at Coachella for an anticipated festival set, before continuing on to Sasquatch Music Festival.