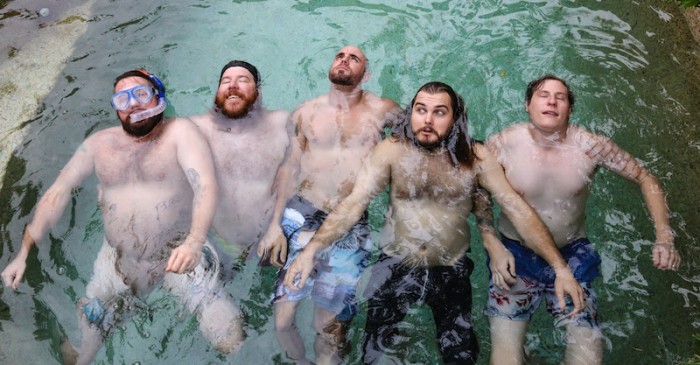 Sydney’s unimpeachable lords of ‘what the f*ck’ chaotic metalcore, the mighty TOTALLY UNICORN will storm back into the nation’s collective riff-loving consciousness soon. New album ‘Dream Life’ lands July 29 via The Farmer & The Owl/Inertia. They’ll be kicking out the jams on tour though September.

Hailed since 2010 as one of the most exciting Australian heavy acts ever to attempt to turn their amps up to 11, 2013 saw Totally Unicorn cool things off due to illness, break-ups and personal losses. There was much brooding, yet powerful they emerged, recording through 2015. The fellas whittled more than thirty song skeletons of angst and anxiety-driven, booze and medication-fuelled power-hits down to ten relentless, wall-to-wall bangers, each greater than the last. ‘Dream Life’ features collaborations with Karina Utomo of High Tension, Robert Smith of Heavy Heavy Low Low, from producer Tim Carr and even former member Tim McMahon. The resulting LP is an arrival: a mighty epiphany. In the words of the band themselves: it’s a motherf*ckin’ PHOENIX, man!

This new LP plays on Totally Unicorn’s chameleon-like ability to avoid being pinned to one genre that has seen them destroy band rooms with the likes of Kvelertak, La Dispute, Frenzal Rhomb, Tonight Alive, Rolo Tomassi and more. The band will be delivering unforgettable, uncivilised evenings on tour through September. And if you’re not familiar with their live vibe, this recent live review hits the nail on the head: “Totally Unicorn – holy shit” (Beat Magazine).Sweat will be swapped. Nudity will absolutely happen. Riffs will be riffed. Do not miss.