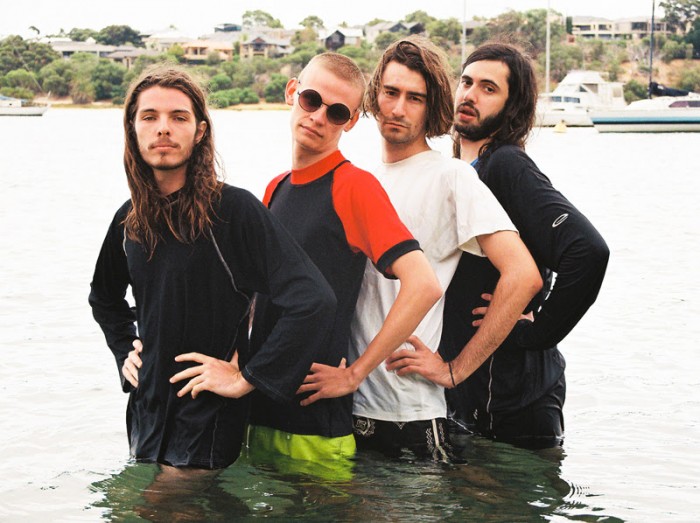 The four-piece of Fremantle’s Hideous Sun Demon have already built their reputation as a formidable live band. Consisting of guitarists, Vincent Buchanan-Simpson and Lee Napper, bassist Jake Suriano and drummer Blake Hart, their intention has always been to animate their medium.

It’s something they know they have not yet mastered, but how many artists out there have? While their ability to get the kids dancing, get the floor at shows and house parties to cave in has certainly convinced audiences aplenty of their prowess, and also seen them share stages with Thee Oh Sees, King Gizzard, Dune Rats, and open Laneway Festival in their hometown, Hideous Sun Demon are ever honing their blade.

Following on from “Cul-De-Sac Vision” released earlier this year, their latest offering from forthcoming album, Industry Connections, which has no official release date or details, but bound to be a beast, comes in the form of “Oscillate” – a tense, potent dose of rocking jangle, bathing in dark undertones.

Hideous Sun Demon find themselves at their most frenetic on record in “Oscillate,” unleashing a cacophony of sprawling throwdowns, all the while showcasing the band’s dynamic song-writing ability and Vincent’s adrenaline fuelled vocal, with a perchant for weird, in a world of psychedelia and all kinds of fuzzy, eccentric noise play.

“Oscillate” is just another one of Hideous Sun Demon’s resounding successes from a band that has a big year already ahead of them.