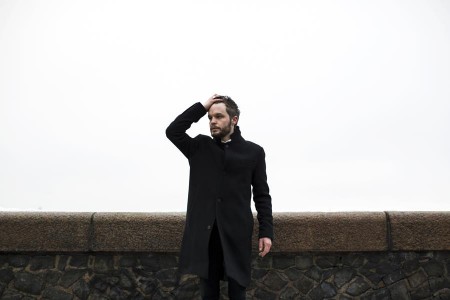 Anyone who watched the beautiful trailer announcing The Tallest Man On Earth’s new album and first since 2012, ‘Dark Bird Is Home’, was offered a glimpse of the title track and what is sure to be an album favourite of many. Today, following the release of debut single, “Sagres,” The Tallest Man (aka Swedish artist Kristian Mattson) shares with the world the title track in its entirety.

What starts as an intimate, comforting solo number – just Mattson and guitar, builds into a powerful full band performance. It’s the perfect way to close out The Tallest Man On Earth’s most personal and direct album to date.

Dark Bird Is Home’, will be the fourth album from The Tallest Man On Earth. The songs and sounds were captured in various countries, studios, and barns, and they carry a weather-worn quality, some dirt and some grit. ‘Dark Bird Is Home’ will be released on Friday 8th May 2015 on Dead Oceans and Inertia.