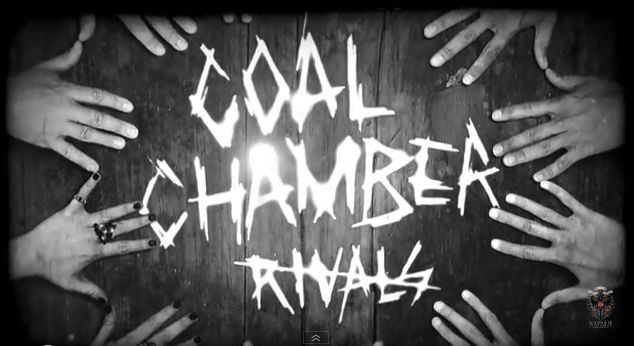 COAL CHAMBER are ready to unleash another song from their upcoming new album Rivals. The band have premiered “Suffer in Silence” which features guest vocals by Ministry front man Al Jourgensen!

Check out the lyric video HERE.


COAL CHAMBER will release their new album Rivals on May 22 in Australia via Metal Blade/Rocket. This is the band’s first new album in over thirteen years. With producer Mark Lewis at the helm, Rivals makes it seem as if COAL CHAMBER never took a break at all. They picked up right where they left off and have delivered what some may consider their best work to date.

While their implosion 12 years ago left a morass of questions and conjecture about what could have been, the members of COAL CHAMBER aren’t into dwelling on their past right now. Why the fuck should they?
With Rivals, they’ve written a new, emboldened chapter in their storied career, delivering beatdown riffage, lyrical diatribes and alluring sonic vistas the realm of heavy music can always use to move that culture forward.

The return of COAL CHAMBER is marked by two mindsets. The first signifies a celebration of friends who have experienced a greater clarity about them to want to come together in a practice space again. The other mindset posits that they had a case of unfinished business they needed to take care of with bold strokes, lead-pipe cruelty and aural finesse.