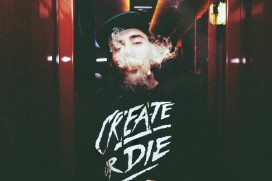 Niche & Live Nation are pleased to announce that acclaimed US producer PAPER DIAMOND will join A$AP FERG as support on his headline shows throughout Australia in April and May.

Championed by his peers as an unparalleled talent, Paper Diamond’s style is rich with experimentation – combining soaring melody and dusty hardware to create a wildly individual sound.

With the recent release of his Rain Drops EP and a 35-date headline tour of the United States already completed, 2015 is already looking like a triumphant one for the Los Angeles-based beatmarker. As noted by Diplo, “every festival in the world is not complete without booking Paper Diamond.”

Heading to coastal capitals Melbourne, Sydney, Perth and Brisbane, A$AP Ferg’s Australian visit comes off the back of an immensely successful few years for the rapper – one of hip hop’s hottest properties.

From a top ten position on the US Billboard charts to recognition in Spin Magazine’s 2014 list of best hip-hop albums, Ferg has attracted accolades from all sides since the release of his debut LP, Trap Lord.

“Trapping means hustling,” Ferg explains. “It doesn’t matter what I’m working on… I want to perfect everything I do. Success is the only option. They call me ‘Trap Lord’ because my hustle game is impeccable.”

THE HIFI, SYDNEY
FRIDAY MAY 1
TICKETS ON SALE NOW