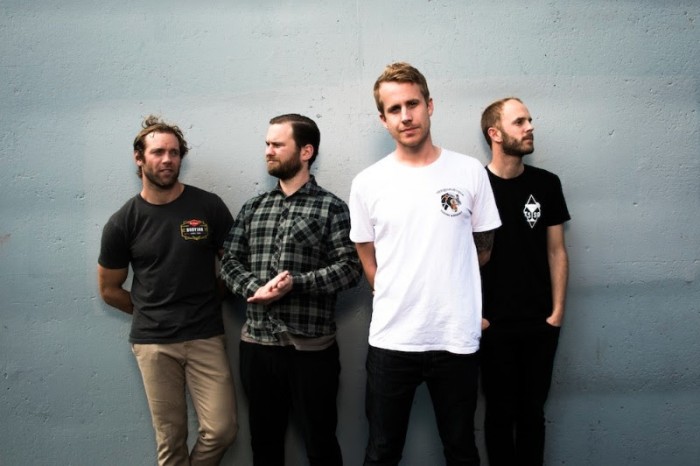 Barely stopping to draw breath after hosting their own music festival, Tassie’s ever excellent punks LUCA BRASI have announced a new single, video and a bundle of summer tour dates in anticipation of their third LP.

Scoring a triple j rotation add and a Good Nights premiere bang on top of its presentation,‘Aeroplane’ is a melodic roller coaster, and beware the hook you’ll be humming until bedtime. This tune follows purposefully in the footsteps of acclaimed 2014 Poison City Records album ‘By a Thread’, anchored by frontman Tyler Richardson’s uniquely emotive lyrics and the powerful riffage of Tom Busby. It feels instantly fresh, classic and catchy, just in time to soundtrack summer times with mates…

WATCH THE VIDEO FOR ‘AEROPLANE’ HERE

This feel-good live clip perfectly captures the suitably loose atmosphere of last month’s Luca-curated and headlined festival weekender ‘Til The Wheels Fall Off in Launceston earlier this month. The second instalment of the event saw the band gather some of Australia best punk and metal talent for an epic weekend, a testament to the band’s influence not just in their home town, but nationally.

This year alone Luca Brasi have pounded the boards with acts as diverse as Violent Soho, Kisschasy, Title Fight (US) and You Me At Six, plus killer slots at the Poison City Weekender, St.Kilda Festival, Party in the Paddock and The Hills Are Alive. This insatiable quartet are on a long-term mission to bless the mainland with the power of rock, giving all eager ears a load of their mythically wild live shows.

The party continues through January, with a run of dates aimed at clinking drinks, pumping fists and giving the tunes from LP3 a red hot road test in the live arena, most for the very first time. Catch the smiling Tasmanians with Sydney post-hardcore youngsters ENDLESS HEIGHTS and fuzzed-up UK punks BRAWLERS all the way down the long east coast. This is a recipe for a bloody good time.

Tickets on sale 9am Fri Nov 27 via Oztix: lucabrasi.oztix.com.au/ 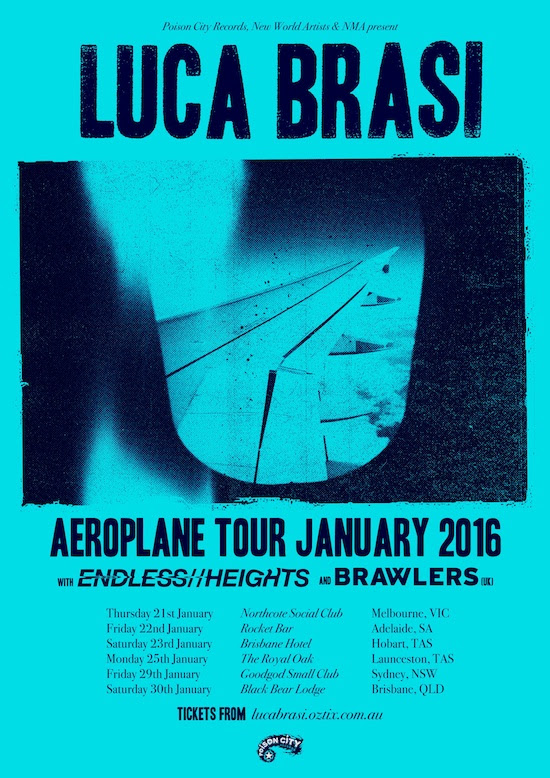