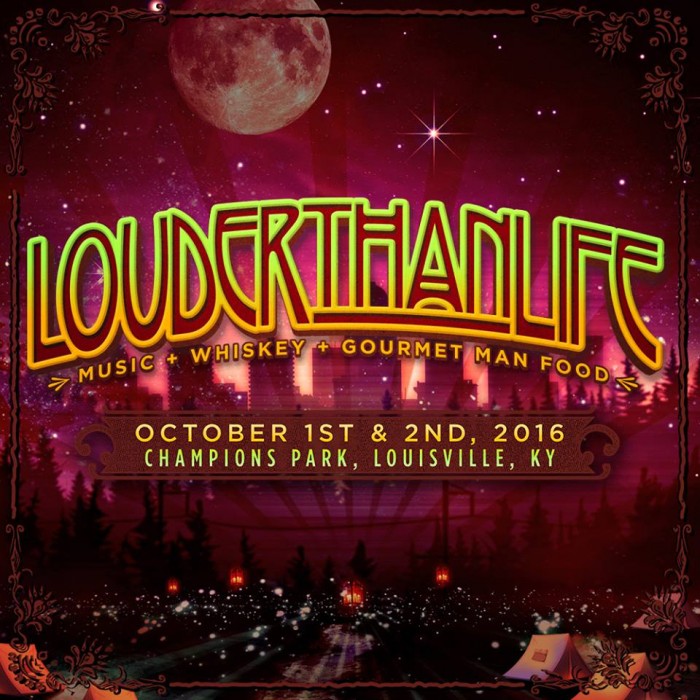 Following a 2015 sellout with 50,000 in attendance, LOUDER THAN LIFE returns to Champions Park near downtown Louisville October 1 & 2, 2016 for the third annual destination festival celebrating the region’s culture and cuisine, and featuring award-winning bourbons and spirits, Gourmet Man Food, craft beer and some of the biggest names in rock music. Slipknot and Avenged Sevenfold top a mind blowing music lineup of over 35 bands on three stages, with performances from Disturbed, Korn, Slayer, The Cult, Ghost, Rock and Roll Hall of Famers Cheap Trick and many more.

Louisville’s LOUDER THAN LIFE features a selection of award-winning bourbons, whiskey, spirits, craft beer, and Gourmet Man Food,  along with a powerful music lineup of rock legends and breaking talent. The festival celebrates the bourbon culture and culinary heritage of this unique American city. In 2015, Louisville was #2 on the USA Today list of Best Local Food Scenes and was featured in Time Magazine’s list of America’s Best Music Scenes.

LOUDER THAN LIFE tickets go on sale Wednesday, June 1 at Noon ET at www.LouderThanLifeFestival.comwith limited quantities available at early bird discounted prices. Ticket prices will increase in the coming weeks, so fans are encouraged to buy early to save. See below for details.

The daily music lineup for LOUDER THAN LIFE is as follows:

Single day and weekend tickets for LOUDER THAN LIFE will be available starting on Wednesday, June 1 at Noon EDT. Tickets and VIP packages will initially be priced as follows (increasing in the coming weeks):

Hotel discounts are available through Curadora at: https://curadora.com/events/louder-than-life-2016-dea7cc2c/. Camping and VIP packages can be purchased at www.LouderThanLifeFestival.com. 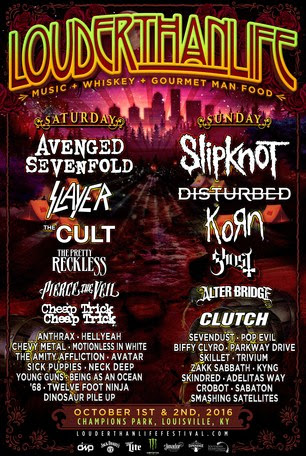