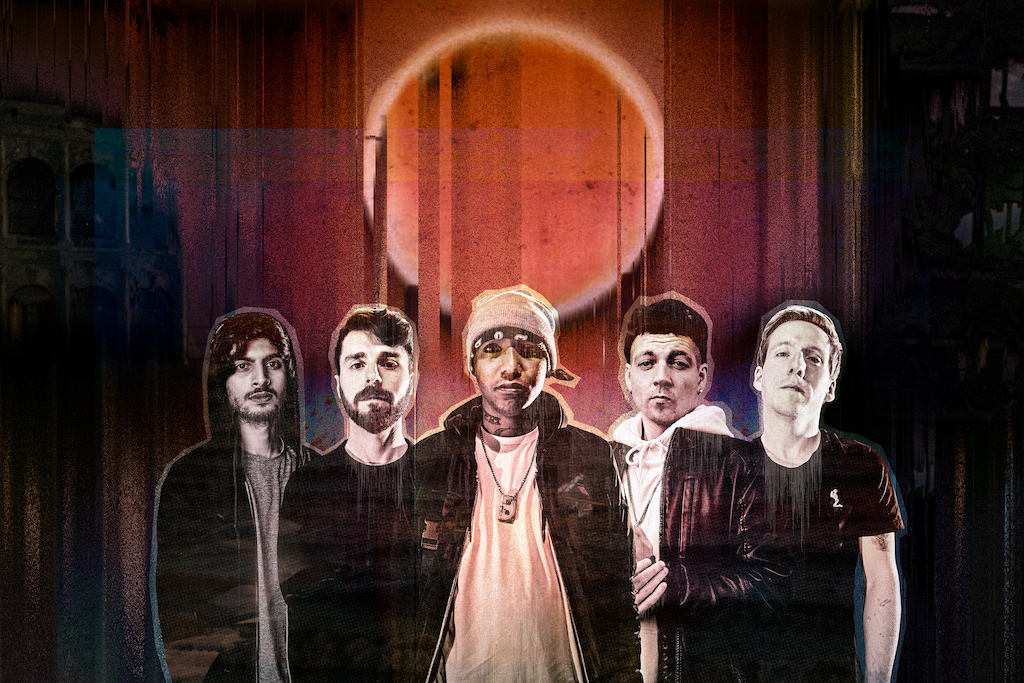 UK grime-metal quintet Hacktivist have released a video for their crushing new single ‘Hyperdialect’, the title track from their eagerly anticipated new album, due for release on Friday June 18. The single features a guest appearance from Aaron Matts, vocalist of ten56. and former vocalist of Betraying The Martyrs.

“This single is about trying to describe our signature sound and how we use it. If our band was a comic book hero, then ‘Hyperdialect’ would be their weapon or superpower! It’s our method of attack, our way of putting our governments and mainstream medias in the crosshairs. But rather than brute force we use ‘Hyperdialect’ to strike back.

“Technically you could say that all Hacktivistmusic is ‘Hyperdialect’. That’s one of the reasons we also chose it as an album title, this song then stands as an autological explanation of itself as a theory.”

“Being a part of Hacktivist’s hard-hitting movement was a task that I took huge pleasure in; when the band briefed me on the track and its meaning, we were still in a pool of uncertainty in the process of ironing out what Brexit would mean to us all. As a British musician living overseas, this was the perfect opportunity for me to focus my frustration and upcoming hardships concerning the situation, and I’m incredibly proud of the result and to be a part of Hacktivist’s legendary legacy.”