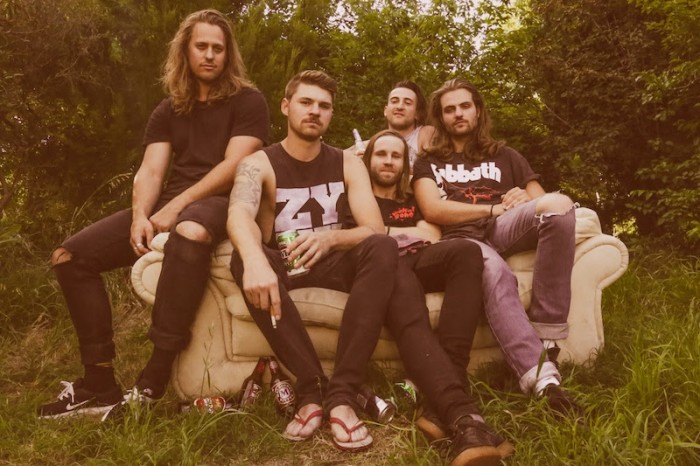 Canberra’s not exactly famous for being Rock City, but emerging riff-lords FOREIGN KINGS are slated to bring rock’n’roll glory back to the nation’s capital, with a relentless east coast tour and a riotous new self-titled EP.

Conceived at a house party in the summer of 2014 when five young dudes realised their shared love of rock’n’roll and long nights, Foreign Kings have been knocking down pints and kicking goals ever since. Taking cues from contemporaries that proudly fly the flag for no bullshit, balls to the wall rock like Violent Soho, Kingswood and Airborne, and tipping their hats to rock overlords AC/DC and Led Zeppelin, Foreign Kings have owned recent support slots with Stonefield, Harts, Lurch & Chief and Bam Margera.

The next stop on the Foreign Kings roller coaster is the band’s energetic belter of an EP, out independently today (January 7). Recorded at Melbourne’s Goatsound Studio while crashing on the floor of a mates place, this six track hellride is a mighty axe forged from the blood, sweat and tears of the mighty Gods of Rock. Melding searing bluesy southern rock riffage effortlessly with classic 70’s rock beats, this is catchy, bravado-laden music made for dive bars and long, dirty nights on the town. Says frontman Justin Croke “For us the most important part about music is forming a connection with whoever is listening. It’s almost primitive, but when people hear our music, whether it’s live or a recording, we want them to forget who they are or what they’re doing, and start rocking out and skulling tinnies.” In short: Foreign Kings will make you want to drink bourbon from the bottle and wear nothing but cut-off classic rock tees, boots and blue jeans.

Fully embracing the hedonism of their rock forefathers, Foreign Kings will bring the party to you over summer, with an east coast tour through January and February that’s sure to leave a trail of headaches and big old grins in its wake. “For us, that’s what its all about” says drummer Simon Bugg “putting everything to one side, turning it up loud, and banging our heads till we forget our troubles.” Chill your tins and get ready for a load of Foreign Kings.