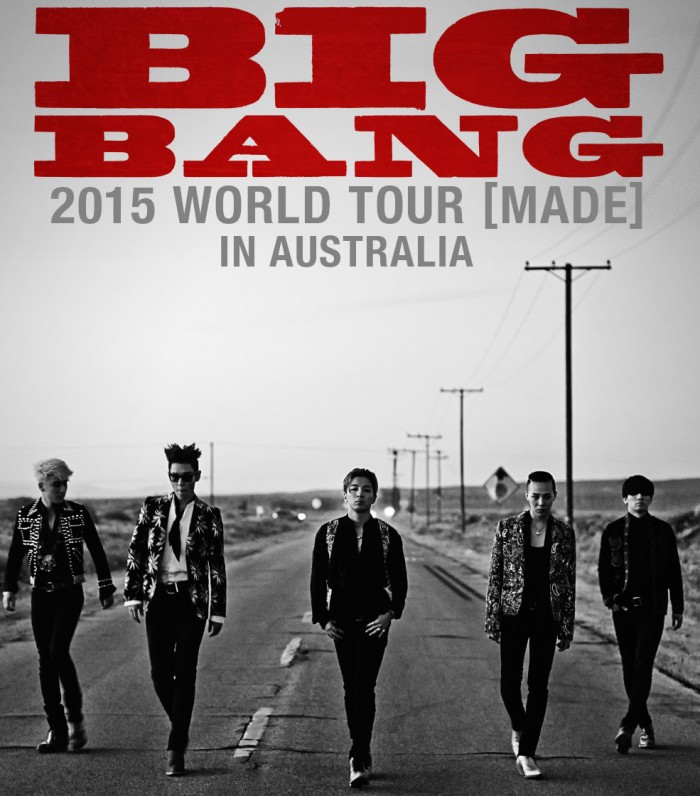 World famous K-pop band and fashion icons, BIGBANG, have announced their highly-acclaimed 2015 WORLD TOUR [MADE] will head to Australia this spring for select dates.

Tickets go on sale at 9am on Monday August 10.