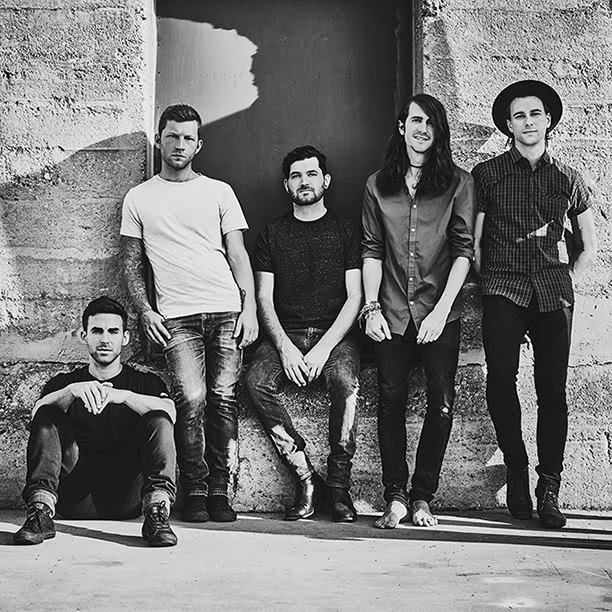 Florida’s Mayday Parade have released the new single ‘Keep In Mind, Transmogrification Is A New Technology.’ This is the first track to be revealed ahead of the band’s highly-anticipated new album Black Lines, which is to be released on October 9 via Fearless Records/Unified.

Lead singer Derek Sanders explains that the new track is about “knowing what you should do to better yourself, but being paralyzed by fear and unable to act.”

You can watch the video for ‘Keep In Mind, Transmogrification Is A New Technology,’ which shows an artist re-creating the Black Lines cover artwork.

MAYDAY PARADE – Ten years ago, a group of friends from Tallahassee, FL formed a band and traveled the country, selling their CD to anyone that would listen in parking lots at Vans Warped Tour. Building a following from the roots up, one fan at a time, Mayday Parade has garnered a lifelong, massive dedicated fanbase, in their evolution from hard-working local band to global force. Delving into the musical influences that have inspired their decade-long career, the band have delivered their most refreshing, exciting, passion-driven release to date with new album Black Lines. Melodically diverse, the collection of 12 stunning tracks blends driving rock riffs with the band’s signature heartfelt lyrics into a whole new take on their sound, without losing what is quintessentially Mayday Parade. While musically raising the bar, Mayday Parade constantly reminds fans and industry alike just why they are leaders of their field.

Mayday Parade – Black Lines is out October 9 via Fearless Records/Unified.