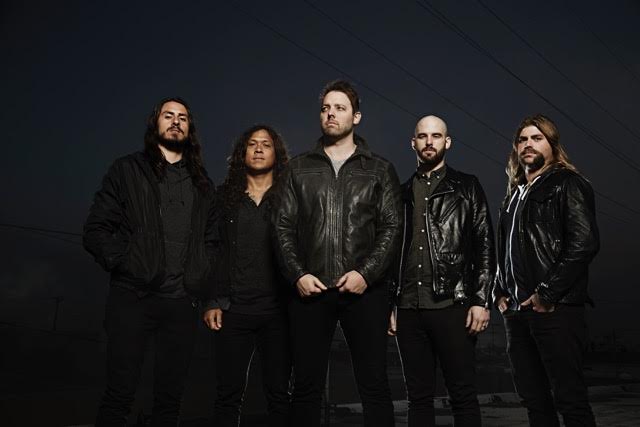 After releasing their self-titled debut in 2014 to critical acclaim, Wovenwar has now entered the studio to record the follow-up to this highly successful album, for a late 2016 release via Metal Blade Records/Rocket Distribution.

Wovenwar comments:
“Recording for the second Wovenwar album is officially underway with the drum tracking being completed and the process moving into the guitar tracking phase. Several months worth of demos have been condensed into eleven new songs we are very proud of. The process found us expanding upon our melodic sound with a darker and more aggressive approach – utilizing elements restrained on our debut but familiar to our cumulative history.

Nolly Getgood (Periphery) is onboard to handle mixing duties. We look forward to hearing how his versatile talents elevate our sound and direction. We’re looking to have the recording process wrapped up in the next couple months and hope to have the album out sometime late summer/early fall. Until then please keep up with us on all band socials for updates.”

Wovenwar features the talents of Jordan Mancino (drums), Nick Hipa (guitar), Phil Sgrosso (guitar) and Josh Gilbert (bass) of San Diego, California based metal act As I Lay Dying, and Shane Blay (vocals) of Oh, Sleeper. Their self-titled debut – which landed at #36 on the Billboard Top 200 charts! – delivered an introductory statement that sent shockwaves throughout heavy music, with Revolver Magazine declaring the album as “more multifaceted than anything by As I Lay Dying“, and Decibel Magazine asserting that “Wovenwar sounds confident, vital, and even liberated on this splendid debut.” To preview and purchase the record, please visit: metalblade.com/wovenwar