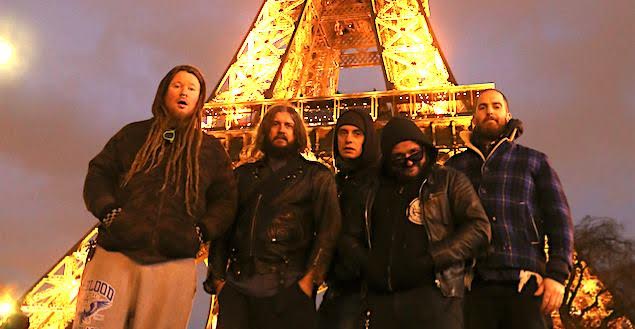 In true blue collar fashion King Parrot are hitting the road in Australia once again, after recently completing a monstrous 36 date tour through Europe and the UK with Soulfly.Two massive headline shows in Melbourne and Sydney have just been announced. They’ve also added a swag of headlining regional dates in April through Victoria and New South Wales.

Their ARIA nominated album Dead Set received rave reviews globally and cemented the bands place as one of the hardest working and most talked about up and coming bands in the genre.

King Parrot will once again head to North America in May and June as main support to Canadian metal stalwarts Voivod with US label mates Child Bite opening the unique tour package.

Before that though, King Parrot’s Aussie fans will get the chance to see the boys in their homeland where they will showcase new material and deliver their trademark over the top and intense live show.
Don’t miss out!

Tickets are on sale now!