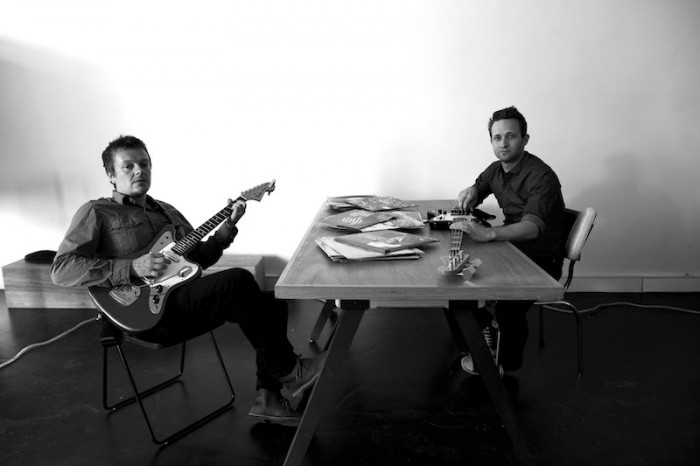 Drawing members from Birmingham, Wellington, Melbourne and Adelaide, the quintet found common ground in 2014 over a shared enthusiasm for 1960’s jangle pop, 1980’s brooding electronica and the dynamic electronic noise pop of the 90’s. These loves are reflected powerfully in Wild Meadows’ alluring, warm sounds, their heady, enveloping live show and nostalgid DIY aesthetic. The independent act made their recorded debut with a confident self-titled EP last year, which saw them claim attention from such far-flung psyched rock loving hotbeds as Lima, Portland and Coventry. Both Triple R and PBS community radio stations rallied behind this first impressive release, showing strong airplay support. Dive headfirst into the swirling tones of Wild Meadows’ previous singles ‘Colour’ and ‘Jennifer’ here and here to understand why.

As dreamy and instantly nostalgic as the track as it accompanies, the video for ‘Rebel’ mines footage shot on Super 8 in London. Juxtaposing protest footage against brutalist cityscapes and subversive counter-culture iconography, it’s a gripping trip…

WATCH THE VIDEO FOR ‘REBEL’ HERE

The attention of the discerning Melbourne music community is notoriously difficult to harness these busy, competitive days, but Wild Meadows have slowly and studiously built a reputation as a mesmerising live presence. The band completed a Tote Residency in February and have shared bills with the likes of Even, Bo Weevils and Dead Parties. They’ll be launching their triumphant new sonic meandering at Melbourne’s Grace Darling onSaturday May 28 with The Belafontes. Come for a ride.