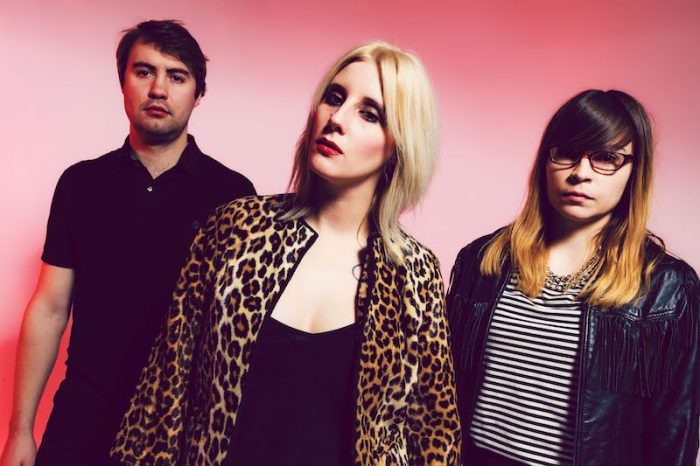 Vancouver’s WHITE LUNG will be playing shows  in Sydney, Melbourne and Wollongong. These thrilling club dates have been wedged between their commitments as one of the proud punk acts on the stellar 2017 Laneway Festival bill.

Sonically frenetic, White Lung deftly defy genre definitions. Sitting proudly on one side of the punk spectrum, the band unselfconsciously lurch into the realms of melodic rock and pop on third LP ‘Paradise’. Released this year via seminal cult label Domino Recordings (Real Estate, Wild Beasts, Arctic Monkeys), ‘Paradise’ is uncompromising, exciting and shamelessly in your face. Mining her experiences as a journalist and advice columnist, vocalist Mish Barber-Way’s delivery is uniquely urgent and haunting. Both the riffs and social commentary  on ‘Paradise’ are equally razor-sharp, and seriously unforgettable.

Joining White Lung in Newtown and Northcote will be attitude-dripping Sydney outfit,PHANTASTIC FERNITURE. Beloved for their glowing garage pop and intoxicating vocal stylings (courtesy of Laneway 2017 comrade and current globe-conquerer Julia Jacklin), the Ferns are sure to make a Phan out of all. Melbourne’s reigning kings of down and dirty dirge rockBATPISS will also join the Northcote Social Club bill for one incredible night.

White Lung’s undeniable brand of cool springs from the satisfaction of indulging your own creative desires completely. Do not forgo this opportunity to catch them destroying a club show. It will be immersive, exciting and slightly confrontational. 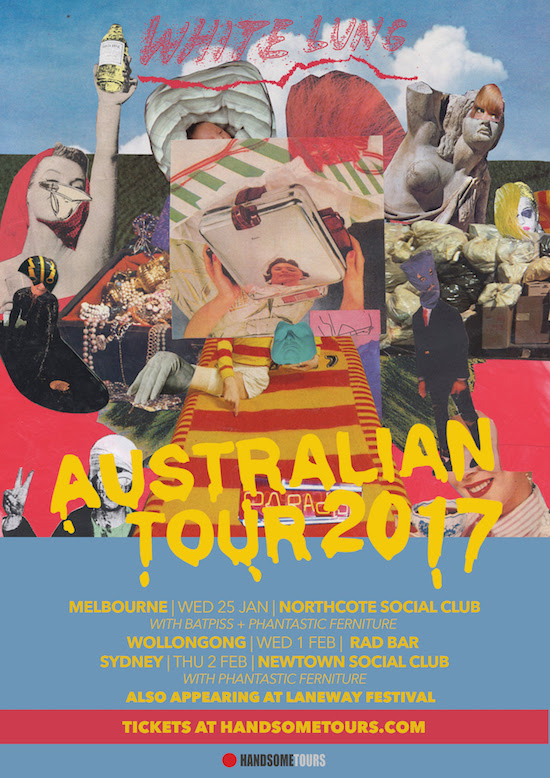