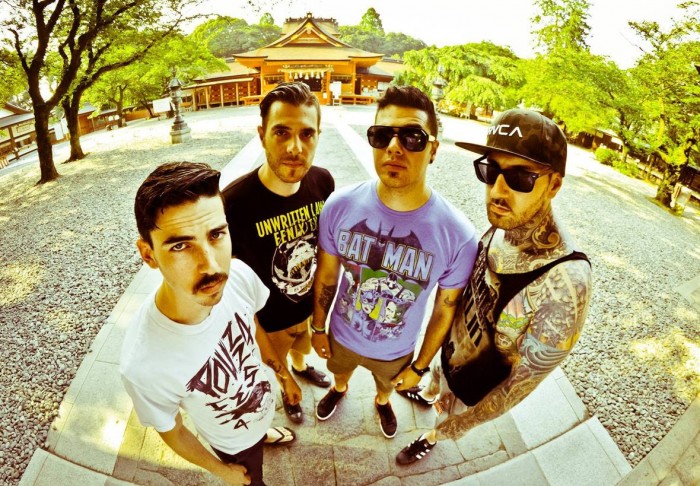 Toronto, ON punk rock band We Outspoken return with a new album titled “All The Right Pieces” on September 16.

The album was recorded at Canada’s and was produced by Joel Kazmi and Blair Robb ( Sum 41, The Weekend) with the exception of track 7 (“Anything For You”) which was recorded in Rio de Janeiro, Brazil, during one of the band’s South American tours.

The original album artwork was created by Winston Smith, the punk rock surrealist/collage artist behind the ubiquitous Dead Kennedy’s logo, Green Day’s ‘Insomniac’ art work, and many other works for Playboy, the New Yorker etc.