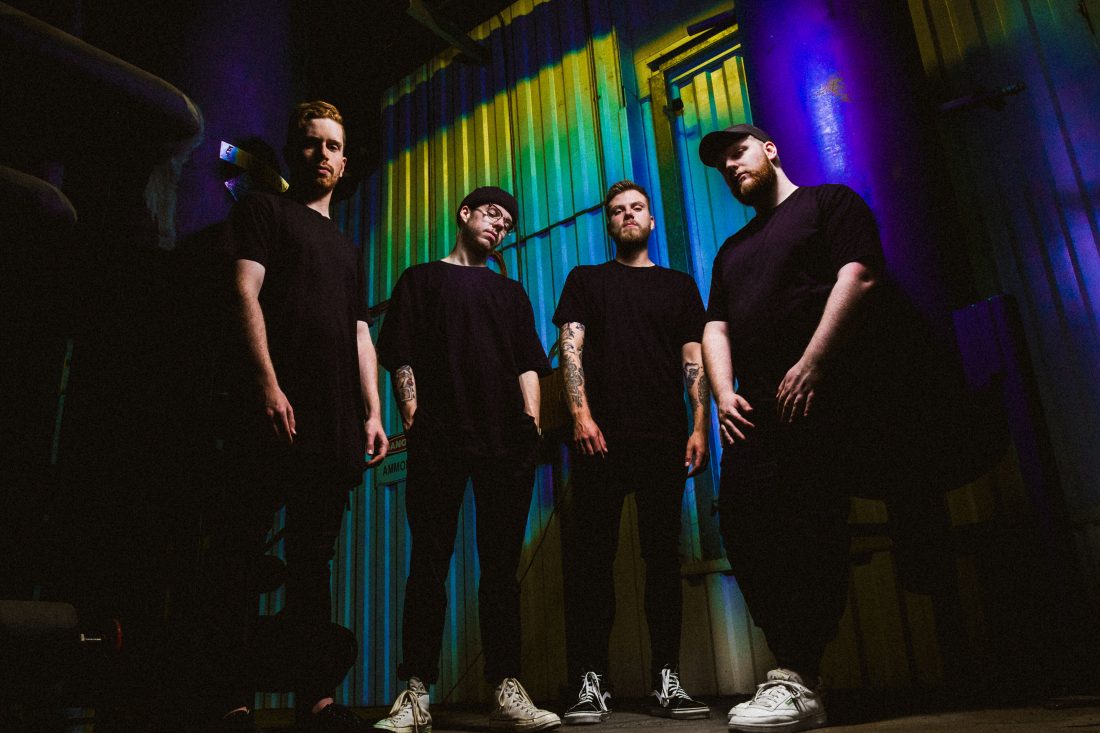 As anticipation for the release of Hyperdaze reaches breakneck levels, Melbourne’s Void Of Vision are offering one last preview of the album in the form of new single and video ‘If Only‘. The audio-visual assault also comes alongside news of a heavily-anticipated Hyperdaze vinyl run available for pre-order before the record drops this Friday. Pre-orders HERE.

Picking up from where the video for previous single ‘Hole In Me‘ cuts off, the ‘If Only’ video follows the protagonist as he struggles to retaliate against the powers that control him. Much like the tone of Hyperdaze as a whole – described by lead vocalist Jack Bergin as seeping with “pure hatred, self-loathing and nihilism” – this is not a video with a positive outcome, and ultimately ends with the acceptance of failure.

Though musically ‘If Only’ marks one of the lighter moments on Hyperdaze, it certainly hasn’t been spared in the way of bleak themes and lyrics (see the lines like “don’t pity me, I’m dead already” and “this overwhelming misfortune, let it consume you, let this destroy you, now we’re all doomed”).

On the creation of the track and accompanying video concept, Bergin explains that it pieced together effortlessly. “James (McKendrick, guitar/vocals) put forward the rough draft to us with one line/melody of ‘just let me drown’ and I loved it. I based the rest of the song’s lyrics off that phrase and we went from there,” he explains.

“I wanted to reflect in the video the feeling of hopelessness that flooded my brain when putting the initial thoughts of this song down, where I had come to terms with the fact I was losing myself through those around me who were already lost.”

Chaotic, clever and cathartic, Hyperdaze drops in full this Friday September 13 via UNFD. Atop the release, Void Of Vision will thrash stages in Australia, Europe and the UK in support of Northlane, and take to Heaven And Hell Festival this weekend alongside the likes of The Amity Affliction, Crossfaith, Underoath, Make Them Suffer and Trophy Eyes. More details below.