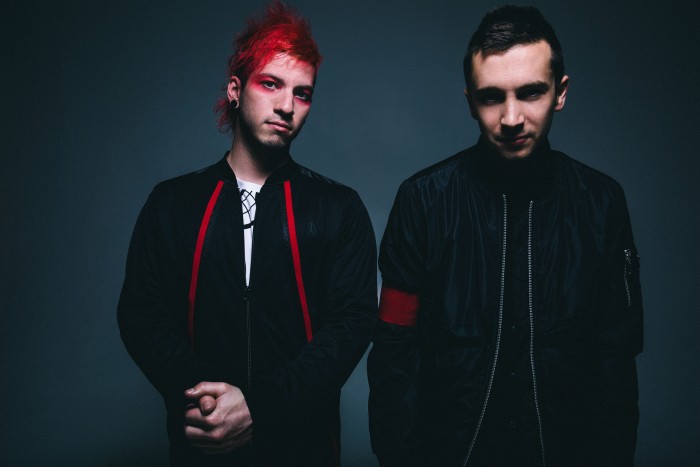 Fresh off their massively successfully, sold-out Australian and New Zealand headline tour and performances at Groovin The Moo, TWENTY ONE PILOTS have announced their first-ever arena shows Down Under when they return in March 2017.

Tickets for EMØTIØNAL RØADSHØW – the duo’s biggest Australian shows to date – go on sale at 2pmThursday, May 19.

Telstra Thanks is bringing an exciting 48-hour pre-sale just for Telstra customers from 4pm Thursday, May 12 until 4pm Sunday, May 15. For more information on how to purchase, visit: telstra.com/music.

The band also released their new single last week, ‘Ride’, a follow up to the worldwide smash ‘Stressed Out’ which has reached Platinum sales locally and hit #2 on the ARIA chart.

The tracks are lifted from the 2015, ARIA #11 and US Billboard Top 200 #1 album, Blurryface (out now through Warner Music Australia).

Twenty One Pilots – who only just returned home from show stopping performances at Lolla South America in Brazil, Chile, and Argentina – have received a number of major awards nominations in recent weeks, including four nods for the 2016 Billboard Music Awards: “Top Duo/Group,” “Top Rock Artist,” “Top Rock Album (for Blurryface),” and “Top Rock Song” (for ‘Stressed Out’). The 2016 Billboard Music Awards will be presented on May 22 in Las Vegas.

Blurryface – which also includes the RIAA gold certified single, Tear In My Heart – made a stunning chart debut upon its 2015 release, entering the SoundScan/Billboard 200 at #1 with total sales exceeding 147,000. The album further served as the duo’s international breakthrough, reaching top 20 in Australia, Ireland, New Zealand and the United Kingdom. Furthermore, Twenty One Pilots’ Tyler Joseph stands as the #1 songwriter in the first quarter of 2016 on the strength ‘Stressed Out,’ besting veteran writers with multiple hits to their name, while ‘Stressed Out’ became the first song penned by a single writer to top the Pop charts in nearly two years. Blurryface follows Twenty One Pilots’ 2013 Fueled By Ramen debut album, Vessel, certified gold by the RIAA and boasting a trio of gold certified hit singles in ‘Holding On To You,’ ‘Car Radio’ and ‘House of Gold.’

Telstra pre-sale:
4pm Thursday May 12 until 4pm Sunday May 15