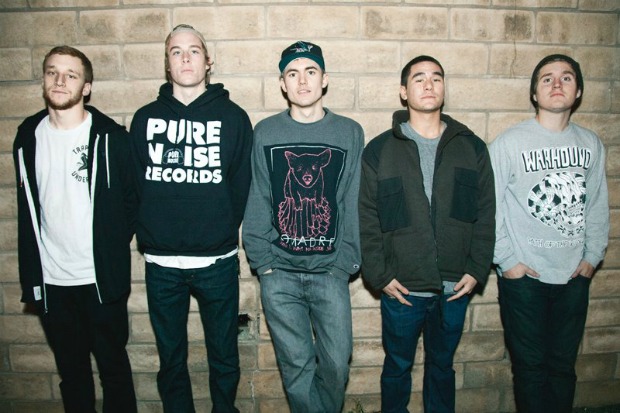 Highly celebrated Californian punkers THE STORY SO FAR are joining forces with New Jersey’s MAN OVERBOARD to make their hugely anticipated return to our shores this September. Kicking off in Perth, the tour will travel through Brisbane, Sydney, Newcastle, Canberra, Melbourne and Adelaide, with ‘bummer punks’ APART FROM THIS coming along for the ride.

In a scene which can, let’s face it, sometimes get a bit stale, THE STORY SO FAR have come charging through with a breath of fresh air: true to heart punk rock. Their down-to-earth authenticity has scaled through their burgeoning career, leading them to be hailed as one of the most exciting bands of their generation. Their forthcoming self-titled third album, out on May 22nd via Pure Noise Records, follows 2013’s What You Don’t See, which debuted in the Billboard Top 50 main albums chart, and their 2011 debut Under Soil And Dirt, released while all members were still in their teens, was noted by Kill Your Stereo as a “modern day pop punk masterpiece.”

Most recently in Australia for the Vans Warped Tour, MAN OVERBOARD made their mark around the world with their
dedicated-to-the-road DIY ethic and catchy pop-rock anthems, growing their devoted fan base since they formed in 2008. MAN OVERBOARD have stayed true to themselves year on year, touring relentlessly and releasing three pristine pop punk records; their 2010 debut Real Talk, 2011’s self-titled LP and 2013’s Heart Attack, with work on their fourth currently underway.

Forming in 2010, APART FROM THIS went on to find their home in 2013 with the release of their debut album ‘In
Gloom’ on Poison City Records. Following up with a 7″ in mid 2014 titled ‘Spinning’, the band found their feet within a blend of gritty, post-hardcore, guitar driven 70’s rock and with a follow up album planned for late 2015, things can only get fuzzier.

With enough catchy hooks in one tour to satiate the most cynical of punk-rock fans, these shows are not ones to be missed.

THE STORY SO FAR AND MAN OVERBOARD

with special guests APART FROM THIS

Tickets on sale Thursday May 7th from http://tickets.destroyalllines.com

*Apart From This not appearing