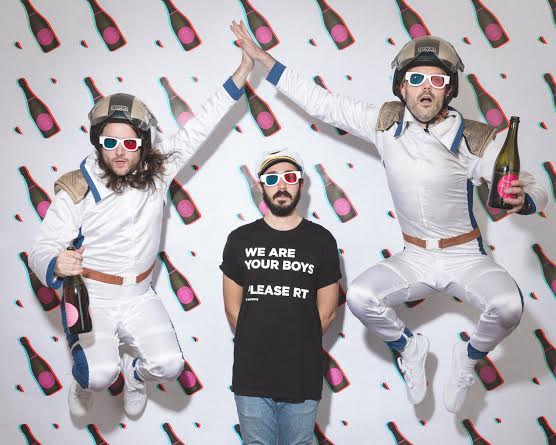 Not content with being just the masters of all things art rock, your boys THE STIFFYS are now the hosts of their own TV talk show! Produced and hosted by PONCHO TV, today will see the release of the first two episode featuring Blake Scott (The Peep Tempel) AND Fiona Patten (Australian Sex Party) through Poncho TV live from 12noon (AEST). With a further 4 episodes to be be released over the coming weeks, THE STIFFYS again redefine boundaries!

“When the Stiffys approached Poncho about doing a talk show, my first thought was, “how did you get into our office? I thought the door was locked.” After they explained themselves, I forgot the break-in altogether, and got excited about the chance to fulfill my dream of producing a high-quality, entertaining and informative talk show. Unfortunately what happened was anything but. But through the twin miracles of CGI and heavy editing, we were able to cobble together a web series that I’m extremely proud to say is watchable. Honestly, it wasn’t the easiest process—but working with genius isn’t meant to be easy. Also, we had to replace the carpet a few times. But we got there in the end.”
– Matt Nielson (Poncho TV Producer)

YOU CAN CHECK THEM OUT HERE:

The band are currently on the road for their biggest tour to date and will be in Tasmania this weekend! Full tour dates below.