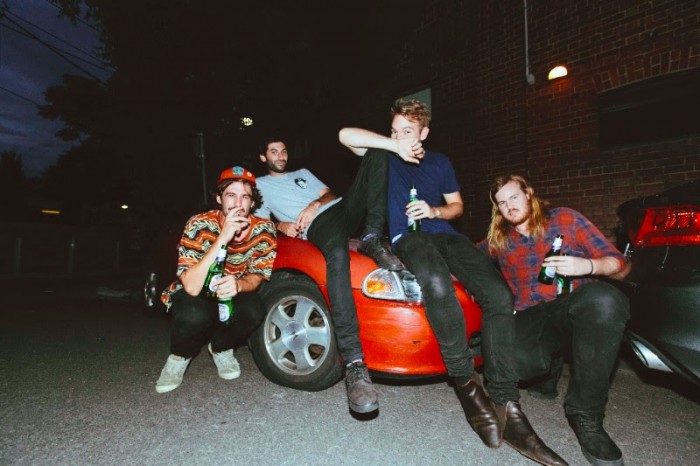 That’s it folks, they’ve done it! Melbourne garage rock rapscallions THE PRETTY LITTLES have finally hit upon a formula for the perfect singalong indie-pop ditty. Best pack up your practise amps and head home to your terrace house. ‘Pride’ is here.

Premiering yesterday, ‘Pride’ is an anthem for anxious, no-filter twenty-somethings with a penchant for partying and overthinking almost everything. Despite being essentially about being a complete jerk, this tune dishes charm in big fat, melodious spades. It’s simple song, all tub thumping beats and jangly warm guitars. But frontman Jack Parson’s ‘strayan lilt and pained wailing will have you spinning ‘round in circles in your jim jams warbling along to that irresistible gang vocal hook…

If you’re not yet down with these dudes, they’ve already tucked a bundleof banger releases under their pleather belts, most recently the ripping 2015 mini-album ‘Gospel’. They partied hard and won hearts on the 2015 BIGSOUND LIVE programs. Toured nationally with emo heartbreakers and best buds CERES. Sweated out tons of their own sold-out hometown shows. Warmed up crowds for The Vasco Era, The Smith Street Band and Bad//Dreems, out-cheeking them all.

Long famed for committing to what would be an insane amount of live shows for the less social outfit, The Pretty Littles are a flamin’ good time live. Catch ’em setting the bonfire that is ‘Pride’ alight when they launch the single at Melbourne’s John Curtin Hotel on Friday March 18.

Don’t be a dummy. Just listen to this song. Jeez. 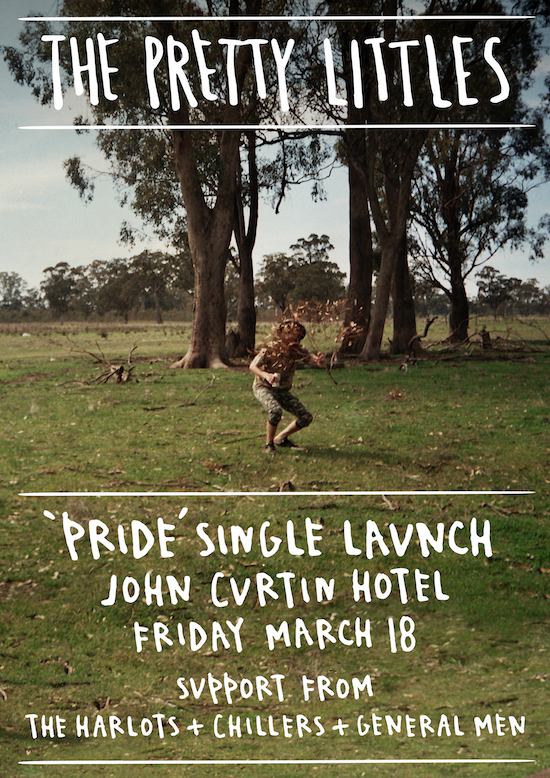