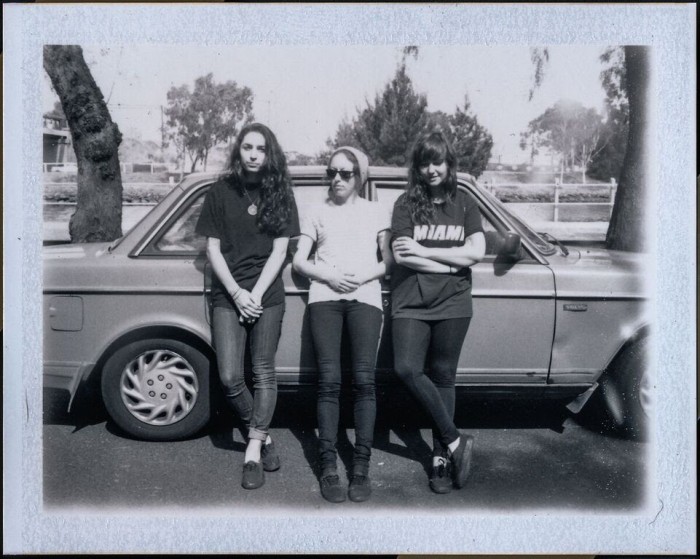 Formed in 2015 to add body and beat to Georgia Maq’s solo songs which she has been performing for the past few years, the eight tracks on CAMP COPE’s debut discuss real life working shifts in a hospital, living in rundown share houses in Footscray and what it’s like to be a woman in the world. CAMP COPE’s soulful, indie-punk played under Maq’s raspy and robust voice have made it okay to enjoy feeling angst again.

Having already shared stages with Waxahatchee, Jeff Rosenstock, The Smith Street Band and Mere Women, CAMP COPE released their first single as a three-piece – ‘Lost: Season One’ – in January to an incredibly welcoming audience. A story of long-distance love and navigating that through your phone,Beat Magazine noted its “nu-nostalgia compounding a wistful yearning,” and put CAMP COPE on the map as a ‘Band to Watch’.

Lead single ‘Jet Fuel Can’t Melt Steel Beams’ premiered on Home & Hosed on triple j last night. The track follows conspiracy theorists and the all-too-familiar story of victim blaming and bandaid ‘solutions’ to street harassment from those whom we are meant to be protected by, rather than perpetrators taking responsibility for their actions and resolving social issues at their core.

Recorded and mixed at Holes And Corners Studio by Sam Johnson (The Smith Street Band, The Bennies), CAMP COPE’s self-titled debut is set for release on April 22nd on LP/CD/Digital via Poison City Records.