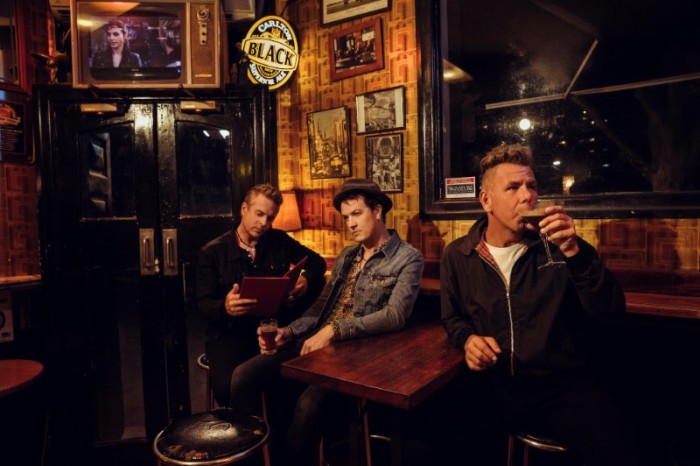 Just days out from the release of their seventh album Shift, The Living End today release a beautiful new video for their emotive single, ‘Keep On Running’.

Featuring an old man in his late ’80s who lives a minimalist life but adheres to an incredible physical workout regimen that has kept his fitness levels beyond that of what a man his age would be expected to achieve, the video is a clear, yet charming play on the sweeping ballad’s lyrics and title. After all, he just keeps… on… running.

Director Dumitrescu Tiberiu Bogdan, who discovered the octogenarian athlete, said he was drawn to his subject by the idea of the man being a modern day Hermes – the Olympian god for athleticism.

“He runs like crazy at 88 years old,” says Bogdan.

“That’s why I thought he can be a modern Hermes. The idea was that we are blind enough not to see that fairytales characters or, in this case, a mythological god, still live amongst us. We get too caught in the moment and we miss the opportunity for a good story.”

“Both the song and the video are like nothing TLE have done before,” he says. “Yet they both embody the spirit of what this band represents.

“The video captures the message and feel of the song. The struggle, the fight, overcoming adversity and the need to keep on keeping on.”

Having taken a five year break after the release of the ARIA award-winning The Ending Is Just The Beginning Repeating, The Living End are poised to finally return to the spotlight with the release of Shift this Friday, May 13.

The lead single from Shift, ‘Keep on Running’ has already resonated with generations of TLE fans as one of the most powerful songs of their two-decade career, scoring airplay across both triple j and double j.

It’s also a deeply personal song for Cheney, who co-wrote the track with his friends Dylan Berry & Stefan Litrownik during an emotionally turbulent period in his life.

“We all have moments where life is getting the better of us, but that’s when you draw strength and come out the other side stronger,” Cheney says.

The band’s Australian tour supporting the album has already sold out multiple shows, and will play major theatres around the country starting with a sold out performance on June 10 at The Tivoli in Brisbane and finishing in Adelaide at The Gov on June 26.

Supported nationally by
BAD//DREEMS and 131’s