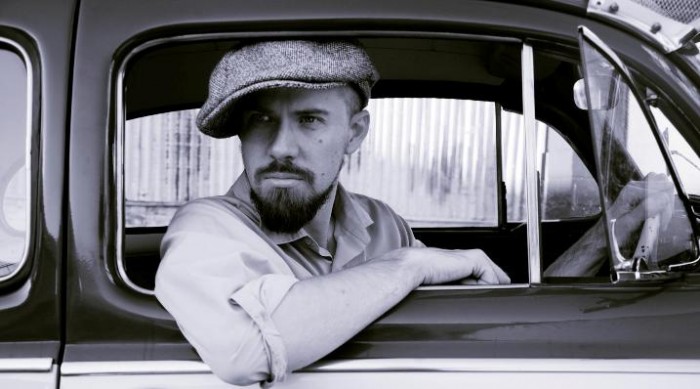 Pop culture references are a dime a dozen, nowadays. Taking influence from McCarthy’s The Road, Kirkman’s The Walking Dead, and Shute’s On The Beach to create a 12-track concept album focusing on love in an apocalyptic landscape? Not so common.

Jimi Beavis’ new album, Post-Apocalyptic Love Songs has a shiny shell at first glance, but beneath it bubbles a dark and dirty soul – Beavis draws influence from pop culture, twisted true-life headlines, and strange-but-true personal encounters to populate the album with characters recounting tales of death, mistakes, helplessness, and the thoughts of how to start again once the world ends.

With his debut Gentleman Giant, Beavis rooted himself firmly in a blues stance, garnering consistent praise for a sweltering, swaggering collection of tracks. Beavis, however, drew upon an ever expanding range of influences from his growing obsession with the fringes of doo-wop, pop, and soul: “I felt restricted writing solely in the blues ‘style’. Some of the new songs date back to 2004, when I was in my early 20s and just starting to write, so those melodies have been jumping around in my head until I had the musical knowledge to write down the chords and record a demo – in that time, they’ve morphed to bring in influence from Waits, Wilco, the classic New Orleans sound, dirty rock-and-roll…a bit of everything.”