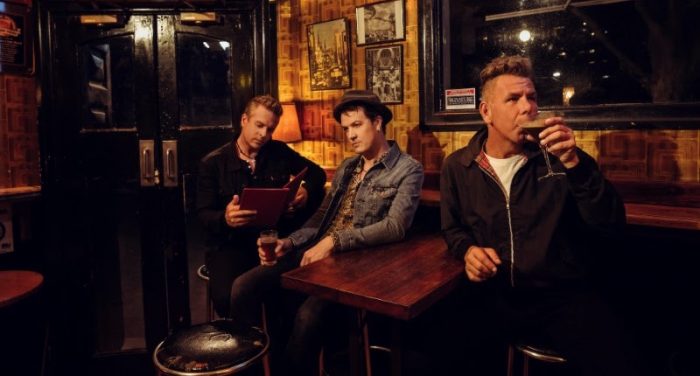 2016 has been a year to remember already, even on the scale for a band like rock icons The Living End who have had an exceptionally epic career to date!

Having released their ARIA # 5 album Shift in May; levelling their sold out major city national Shift tour; performing on the at the 2016 AFL Grand Final; headlining festivals around the country; and scoring nominations for Best Rock Album and Best Australian Live Act at this year’s ARIA Awards – so far it has been a year in which the kings of Australian rock reclaimed their throne after a five-year hiatus after their 2011 ARIA-Award winning album, The Ending Is Just The Beginning Repeating.

There is no rest in sight, the band are set to roll on into 2017 hitting regional areas of Australia for theirStaring Down The Highway Tour, starting in March. These regional shows will see the band play a series of mediums-sized venues and clubs, allowing fans the chance to see them play some of their most intimate shows in years.

They will be supported by Australia’s premier Psychedelic Reggae Ska Doom Metal Punk Rock band From Hell and triple j faves The Bennies, who will bring a whole-new brand of punk rock energy and exuberance to the stage, sure to wow TLE fans with their high-flying antics. Having previously supported punk heavyweights like NOFX AND Rancid, they’re no strangers to playing with punk rock royalty, and they’re set to claim another picture card when they head out with The Living End in March.

To coincide with the tour announce, the band have also released the brand-new video for their latest single ‘Staring Down The Barrel.’

The track is the third release from the album Shift, following on from the barnstorming ‘Monkey’, and the anthemic ‘Keep on Running’, which also featured as the theme song to the Channel 7 AFL Finalscampaign.

THE LIVING END
STARING DOWN THE HIGHWAY TOUR 2017 ANNOUNCEMENT
NEW VIDEO FOR ‘STARING DOWN THE BARREL’
Tix $45 + BF On Sale Friday 28 October at 9am (local time)
For more info head to thelivingend.com