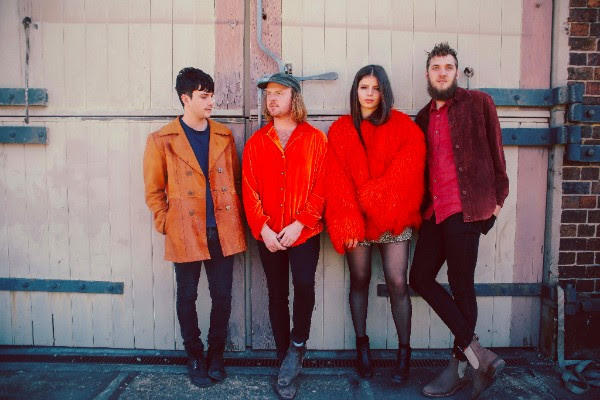 2015 was a huge year for The Jungle Giants. Not only did the band release a stunning second LP in Speakerzoid to a worldwide audience, they undertook a series of tour dates that saw them perform in front of adoring local audiences as well as in front of large crowds in Indonesia, Malaysia, Philippines, Singapore, Canada and the United States.

Fast forward to early 2016 and The Jungle Giants are announcing their final run of tour dates on the back of Speakerzoid. The ‘Together We Can Work Together’ Tour will see the band perform a series of Licensed All-Ages shows in major Australian capital cities this coming June & July. Please note U-18s capacities on most dates are strictly limited; the young folk are advised to get hold of tix ASAP.

Sam Hales from the band explains the genesis of the tour and song name: “It’s a title that started as a misheard phrase during a board game in the early days of recording Speakerzoid,” he says.

“We all loved it so much we considered making it the album title. As a song lyric it’s like an infinite loop; once you’ve finished saying it you have already started saying it again. It’s also a good party mantra,” he adds.

To celebrate the year that was and to guarantee the best of times, The Jungle Giants have hand-picked some of their local favourites and assembled a stellar line-up for the east coast run.

Fresh from announcing his departure from The Preatures, Gideon Bensen will be joining the ‘Together We Can Work Together’ tour. The run of dates will see Gideon performing with his new band for the first time since announcing his intent to pursue his solo career full-time. The Lulu Raes will be touring nationally as main support. Combining a love of Motown harmonies and catchy weirdness, this Sydney four-piece will get your body moving. Brilliant Brisbane noise-maker Machine Age will open all shows with his complex guitar work, intriguing drum loops and industrial glitches.

Please note U-18s capacities on most dates are strictly limited.

Tickets on sale via The Jungle Giants website from 9am on Friday April 8.
CLICK HERE TO WATCH THE JUNGLE GIANTS LIVE RIGHT NOW!