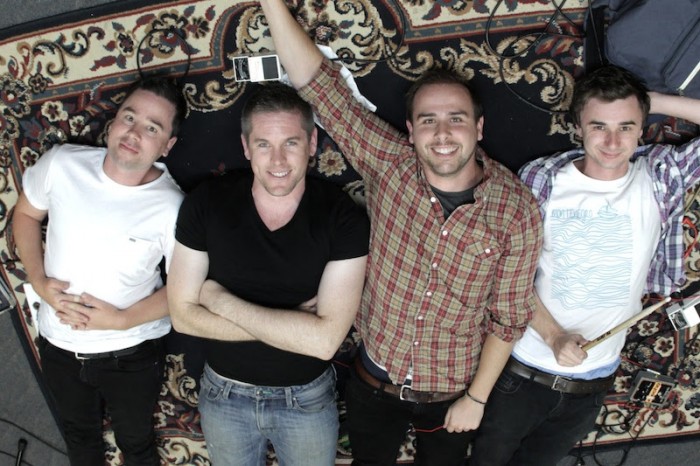 “A few words in the right key will remind me that this life is fucking great.” This is the catch cry that has propelled The Great Awake to the precipice of unleashing their hard-earned debut album on the world. Infested with a serious case of collective wanderlust and a deep passion for what they’re doing musically, this intrepid foursome have recovered from a travel break, gotten the band back together and crafted a ten track hard-hitting belter of an LP titled ‘Reaons For Leaving.’ The record marks the convergence of a heap of touring, an EP and a 7″ release that saw them scoop up both live acclaim and nods from both triple j and community radio. A mere glimpse of the absurdly catchy ‘Departure Lounge‘ and it’s blindingly clear why.
WATCH ‘DEPARTURE LOUNGE’ HERE