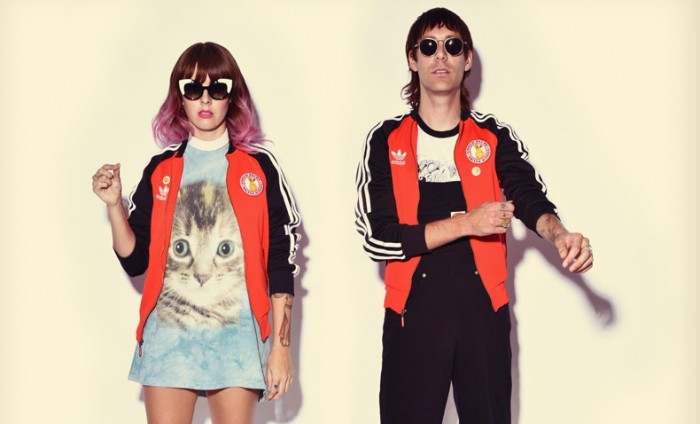 Australia’s beloved Gooch Palms are headed back to Australia this August to celebrate the release of their sophomore album on home soil! And in good ol’ Gooch Palms way, they’ve invited a stellar list of local bands to the party in each city.

Introverted Extroverts is the ambitious new rock album by the Los Angeles-based, but still Newcastle through-and-through, The Gooch Palms. While keeping the band’s origin of cheeky, Newcastle-punk in the forefront, Introverted Extroverts sees The Gooch Palms get smarter, denser, and a hell of a lot more catchy. The album’s second single, “Ask Me Why,” has been a lasting burner.

Partners in crime, Leroy Macqueen (vocals, guitar) and Kat Friend (drums, vocals) knew things were going to be different for their sophomore album – not only had they managed to charm world-renowned producer and engineer Bill Skibbe (The Kills, Protomartyr, Fucked Up) to join him in his Brenton Harbour, Michigan studio, but Kat and Leroy had been building their momentum as full time musicians. Moving to Los Angeles at the start of 2015, the duo spent the good part of a year on the road; testing the audiences, growing into their live show and all the while, figuring out how to pay their bills living solely off of their music.

Throughout the record, The Gooch Palms paint a juxtaposed image of themselves, “most of the subject matter either deals with how we are fun loving party animals or completely isolated freaks who hate the outside world,” explains Kat, “very few people know that we are introverted weirdos a lot of the time.”

Introverted Extroverts is out now on Summer Camp Records.

Tickets on sale now via www.futurepopes.com/tickets
# All Ages