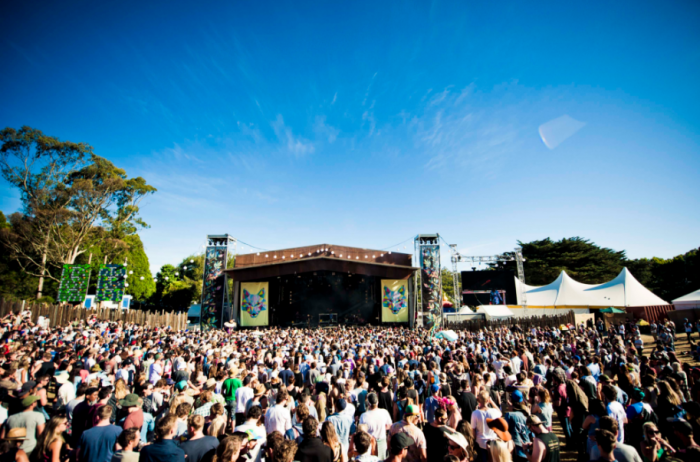 The 24th annual Falls Festival is forecasting sunny with a chance of rave this summer! Bringing music, art and light to the rolling amphitheaters, streets and shores of Australia. We’ve locked in the dates, so mark them in your calendars and start counting down.

Falls will be hitting up four unique locations over two silver-lined weeks this December and January:

Gather your posse together for some New Year’s good times! To get you started, Falls has released a taste of the line-up, playing across all shows…

CHILDISH GAMBINO
The living definition of a “slashie”, Childish Gambino / Donald Glover is a rapper / actor / writer / superstar. Initially taking his high school yearbook crown with ‘person most likely to write for The Simpsons’ as career advice, Glover came to prominence as a writer for seminal sitcom 30 Rock. He then effortlessly transitioned into a beloved character actor, playing Troy Barnes on Community. Beneath the slick, talented veneer of Donald Glover though, lives Childish Gambino. As a rapper with a knack for infectious hooks and a distinctive self aware flow, Gambino has released several brilliant records, building with 2013 Because The Internet, 2014 EP Kauai and culminating with this years PHAROS, due out later in 2016. Get ready for dance-floor slammers ‘V.3005’, ‘IV sweatpants’ and ‘Sober’, just to name a few.

Be front row for the full line-up announce on Tuesday August 23 and become a subscriber. We can’t wait to share all the finer details with you all very soon, for now – save the date.