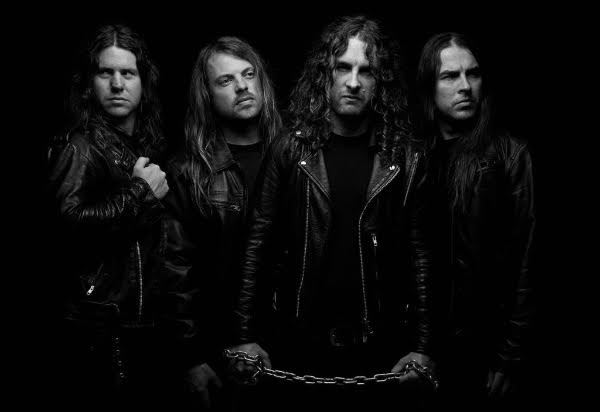 ‘Breakin’ Outta Hell’ is the title of AIRBOURNE’s fourth studio album, set for release via Spinefarm Records on September 23rd; produced by Bob Marlette and engineered and mixed by Mike Fraser, this 11 track release sees the Australian band driving their party-startin’ prowess to even greater heights, supported by a World Tour taking in both major headline shows and festival appearances, plus an October / November European run with global heavy-hitters Volbeat. 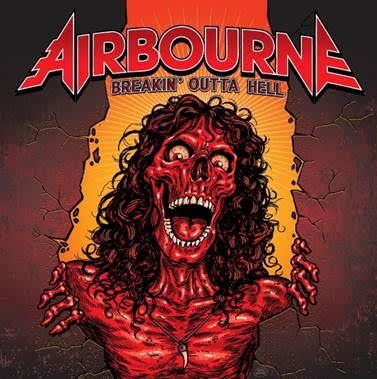 For all Other Options HERE

It is also the title of their first single! “I’m gonna hit the highway and never look back” is the line that launches AIRBOURNE’s latest, tarmac-trashin’ single, ‘’Breakin’ Outta Hell’’, and the lyric video to accompany the song (created by Richard Oakes from Dark Fable Media) may have implications for those with easy access to open roads. Watch the clip from start to finish, and you might just get the urge to open the throttle…

“We get a lot of feedback from our fans saying how much they love the faster tracks,” says AIRBOURNE front-man Joel O’ Keeffe, “but when they play them in the car… well, it can be tough on their pocket with all the speeding fines! ‘Breakin’ Outta Hell’ is definitely one of THOSE numbers… even the guys who filmed the lyric video were stopped by the police and given a fine. For us, these visuals really sum up the feeling behind the song, and the album, too – the whole message is right there. Put on the single, or the album, and it’s fuck the boss and fuck all the tax I owe. I’m going out, I’m getting pissed and I’m going to listen to some hard rock ‘n’ roll. No ballads, no bullshit. I’m breaking out of hell!”

To celebrate the album announcement AIRBOURNE have released the following Australian 2017 tour dates!