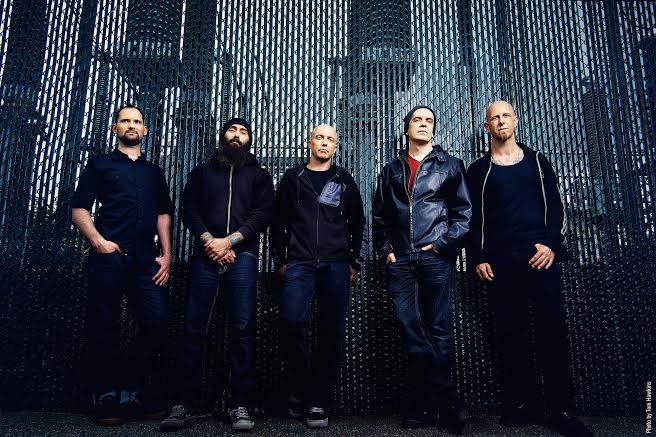 When you have a dream pairing of THE DEVIN TOWNSEND PROJECT and PERIPHERY it wasn’t going to take long for shows to start selling out. Melbourne fans have reacted first and the Sunday 25 October show at 170 Russell is now completely sold out! We are bloody stoked to announce that both artists have agreed to perform a second and definitely final Melbourne show on Monday 26 October at 170 Russell.

Tickets go on sale Thursday 30 July, 9am AEST.  Brisbane and Sydney fans be warned that only limited tickets remain for your shows.

For almost 20 years, DEVIN TOWNSEND has amazed, beguiled and occasionally baffled all comers in numerous incarnations spanning the extreme noise metal of Strapping Young Lad to the intricate melodies of Ocean Machine; Devin has had his hand in almost every genre of music, from industrial metal to progressive rock to ambient sounds. All of these projects had one thing in common: GENIUS.

There are no more joyous experiences in modern metal than a DEVIN TOWNSEND concert, and on his upcoming October tour fans can expect a career defining set, featuring songs from across his expansive catalogue.

PERIPHERY has defied the boundaries of conventionality, bringing new life to the metal scene. Their meteoric rise to the upper echelon of the metal world will be in full display when they return to Australia supporting DEVIN TOWNSEND PROJECT.

SECOND AND FINAL SHOW ON SALE THURSDAY 30 JULY, 9AM