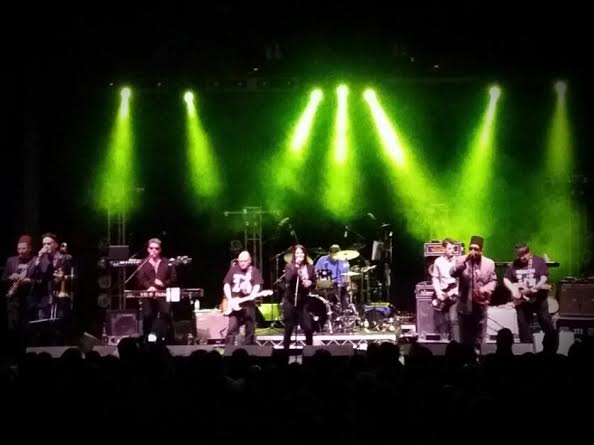 THE ALLNITERS were the pioneers of Australian Ska. They introduced their uniquely new wave SKA sound and delivered it with local panache. Almost every home-grown Ska act since THE ALLNITERS’ inception has their roots connected to the band in some way. And as recently as 2013, Montego Bay was voted as one of the top 100 songs of all time in Australia.

This is their story: A Rude Awakening watch the trailer:

This is the story of nine lads and a girl who became the most misunderstood act in Australian music history. During a decade dominated by denim, they donned porkpie hats, braces and Doc Marten boots, and began developing their very own brand of new wave ska.

They became one of the hardest touring acts in the country, gravitated to by stark raving mods, punks, skinheads, and rude girls and boys – all fascinated by a band clearly spearheading a new movement.

They reached number 1 on the indie charts, and then exploded into the mainstream national charts. They toured with the biggest names of the day: The Clash, Madness, UB40 and Many more and broke house records from Sydney to Perth and back again. But just as black is to white, they were worlds apart from anything else on the hard-edged playing field.  And for that they dearly paid.

They called themselves the Allniters.  And thirty four years on, after being shunned by their peers; after pioneering a scene that continues to thrive; after imploding, fighting, kissing and making up, this seminal lot are here to share their story … of A Rude Awakening.

A Rude Awakening is out now via the band allnitersinfo@gmail.com or from Red Eye Records in Sydney www.redeye.com.au 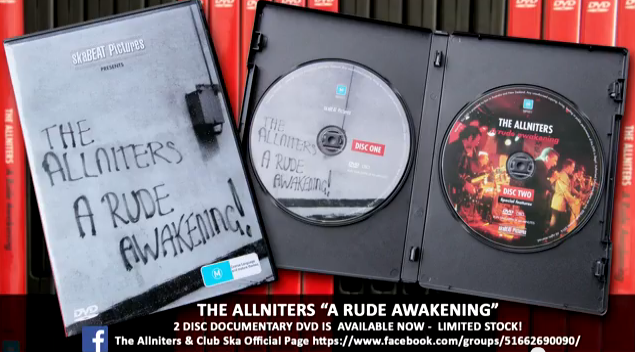