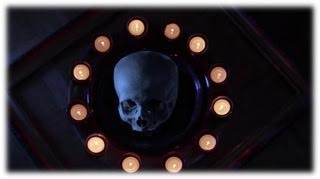 “The first single and video from “Dreamcrash” will be out on July 31st. Until then, enjoy this very first taste of the new album, a song we call “Crying Wolves”. Those of you who have seen us live already know this one – it’s one of our favourite’s in all its desperate glory. We hope the song – and the visuals – will take you to a place that is out of your control. Thank you for listening.”
– Grave Pleasures –

Formed out of the debris of the band Beastmilk – the band that had indie kids, goths, punks and the music press dancing to their highly praised debut album “Climax” in 2013 –Grave Pleasures are taking the concept of the apocalypse one step further. This time it’s personal.

In May of this year, this impressive line-up entered the studio together with award-winning producer Tom Dalgety (Killing Joke, Royal Blood).The result is a complex and feverish set of modern rock songs. Urban tribal rhythms; potent melancholia; raw pop sensibility; irreverent ferociousness “Dreamcrash” is seductive in its surrealism one minute, and a cold shower of harsh reality the next.