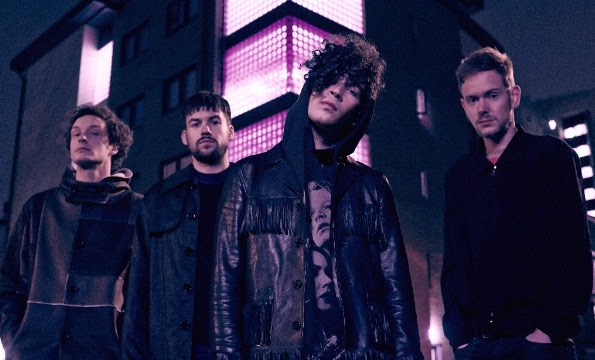 With only a few sleeps till English powerhouse indie-rock outfit The 1975 land in Australia to play Splendour in The Grass and two massive arena shows in Sydney and Melbourne, the band today announce that they have hand selected Brisbane four-piece Cub Sport for support duties!

Fresh from playing huge sets at Coachella and Glastonbury, The 1975 have earned themselves a number of mentions in mid-year albums of the year lists with their US, UK and AUS ARIA #1 album I Like It When You Sleep, For You Are So Beautiful Yet So Unaware Of It. The British poppers have already given us videos for ‘UGH!’ ‘The Sound’, and ‘A Change Of Heart,’ and now they’ve shared another enchanting and TBH bonkers clip for album highlight ‘Somebody Else’.

After the release of their debut album This Is Our Vice earlier this year, Brisbane’s Cub Sport have had plenty to be excited about – they went on a national tour with Saskwatch, had multiple plays from BBC1 tastemaker Huw Stephens, and received praise from around the globe including love from triple j and the UK’s Amazing Radio. The band have clocked up hundreds of thousands of streams on singles ‘Only Friend’ and ‘I Can’t Save You’. But 2016 just keeps getting better, as the Cubbies take the album and tour to the UK and US, and have recently announced their brand new single, ‘Come On Mess Me Up’.

The Brisbane gang have just returned from the UK after releasing their album and playing a series of shows (including London Calling with fellow Aussies Slum Sociable, Methyl Ethel, and Gang Of Youths, Camden Rocks Festival, Communion, and a show with The Rubens), Cub Sport then jumped across to the pond and played a string of headline shows in the US. The band are now back home and ready to support the The 1975 and then will jump on the road for their first Australian headline shows in three years this August.

Want a chance to see The 1975 for you and three mates in Sydney and Melbourne? You’ll even be chauffeured to and from the concert, plus, we’ll chuck in a merchandise pack from The 1975, plus a signed vinyl for the lucky winner! Enter the NOVA comp HERE.

Tickets on Sale Now – via secretsoundstouring.com

For all details on official Splendour in The Grass sideshows go tosecretsoundstouring.com