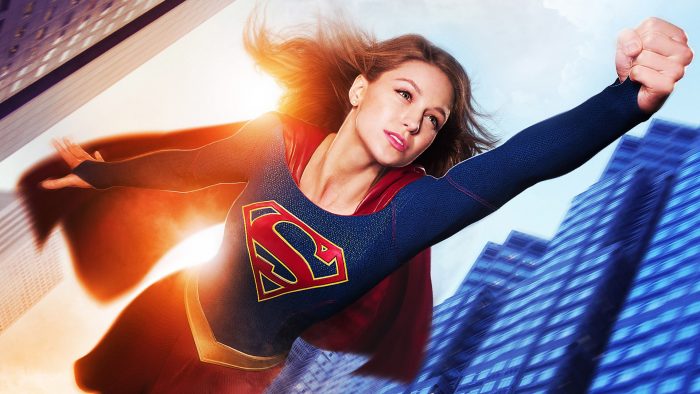 We now live in a world where the comic book genre seems to be dominating both in movies and TV shows. Now the latest addition from the DC universe is Supergirl the TV show.
Supergirl aka Kara Danvers is played by the cute and at times quirky actress Melissa Benoist.

The show starts out explaining the back story of how Kara came to earth and her eventual transformation into Supergirl. There is even some familiar faces with Calista Flockhart playing Kara’s media mogul boss and there’s even a cameo by Dean Cain and Helen Slater playing Kara’s parents.

The show itself starts out rather campy and does take a while to find it’s feet but once it does Supergirl becomes addictive TV. It shows the bright lighter side of comic book adaptions and proves successful without having to be overly violent or dark.

Boasting all twenty episodes of season one the Blu-ray release also features unaired scenes, comic con panel, gag reel and more. Supergirl is a great addition to your collection and proves girl power can stack up next to current other DC’s shows like Arrow and Flash. So if your a fan of the comic book genre, miss seeing Calista Flockhart on your screen or just want a new show to watch then we highly recommend Supergirl.