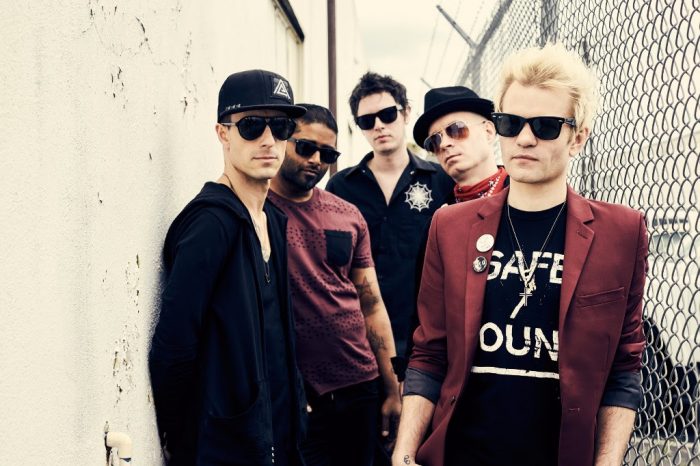 Sum 41 just released one last track for fans, along with a music video today for “God Save Us All (Death To POP)” before their upcoming album release, 13 Voices out on October 7 via Hopeless Records.

The music video, directed by Blake Higgins, shows highlights of the undeniable force that is Sum 41 on stage this summer during Vans Warped Tour, their European tour dates and all things in between. These pop-punk veterans are back, and show no signs of slowing down, just in time for their performance onThe Late Show with Stephen Colbert on October 3.

On recently released single and music video, “War”, Deryck Whibley states: “I feel that this song literally saved my life. I was at my absolute lowest point of what seemed like a never-ending recovery. When I was at a tipping point of falling back into drinking or staying the course of recovery, I grabbed a pencil and paper instead of a bottle and started writing. Whenever I had any thoughts of giving up, I would read these lyrics to myself over and over again. They helped remind me of what it was that I was fighting for, and that I needed to keep fighting harder. Giving up was not an option.”

SUM 41 13 Voices is now available for pre order via 24Hundred.