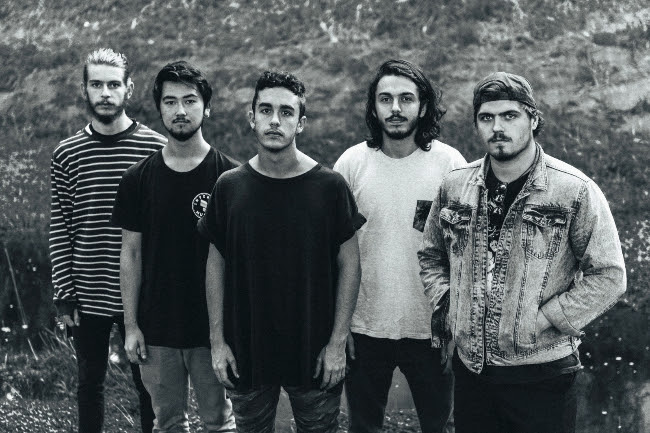 Stories have today announced that their debut album The Youth To Become will be released next Friday August 14 via UNFD. The album is available to preorder now from 24Hundred and iTunes.

The Youth To Become is a powerful demonstration of what’s possible when talent meets dedication. A record of poise and punch, Stories’ debut full-length is the sound of five young men rewriting the rules of heavy music.

Led by the magnetic Morgan Dodson, Stories have created a record that aches with taut pressure. The Youth To Become is a caustic blast of energy created by Dodson, his guitarist brother Nic, guitarist Sean Young, bassist Luke Fuller and drummer Roscoe Frazier who draws influence from post-hardcore, metal, alternative and progressive rock, but never dwells too long on a particular style. And considering they were discovered by Northlane guitarist Josh Smith, who nurtured them from an early stage, that scope makes sense.

With two brothers guiding the creative process – Nic writes the music and Morgan the lyrics – Stories have evolved into one of the most exciting young heavy bands in the world. “Because we’re brothers, we tend to be on the same sort of track with a lot of our opinions and feelings,” explains Morgan. “This has been the case since I can remember. Since we started writing The Youth To Become, our bond has certainly strengthened more and more, and I definitely feel like we make a good team when working anything creative together.”

Today, Stories reveal the first single from the album ‘Under Haze.’ Morgan explains the track: “Being the last song we wrote on the album, it took little pieces from each stretch of the record and came together with a pretty dark vibe. We knew right from when we wrote it that it would be a cool song for people to hear first. Lyrically, I feel like I created a strong sense of imagery with this track, and it parallels with the high energy of the sounds.”