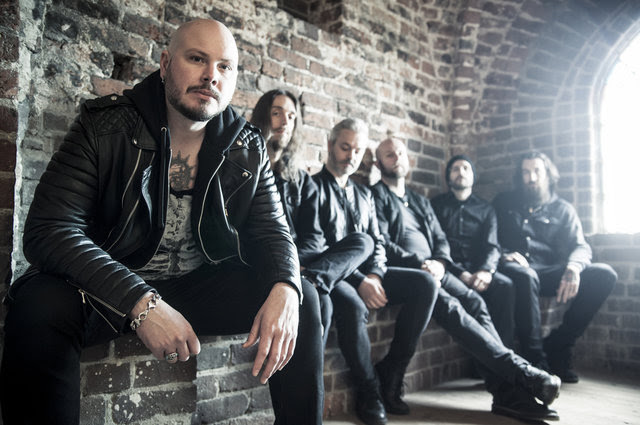 Visionary swedish metallers SOILWORK have announced to release a special collection of rarities under the monicker Death Resonance on August 19, 2016.

Commented the band “Attention SOILWORK fans! Although The Tour Majestic is far from over, we’ve put together a very special release for you all. »Death Resonance« compiles fifteen rare and unreleased tracks ranging all the way back to Stabbing The Drama. Many of these tracks were previously only available in Asia. Two songs are brand new and five others have been remixed for your listening pleasure.’’

Even though SOILWORK are still heavily supporting their most recent masterpiece, The Ride Majestic, the sextet compiled a must have for every fan out there.

The special collection of rarities under the monicker Death Resonance« is nothing like your average best-of output, it delivers two brand new tracks as well as rarely released songs of the past 11 years, going back until their opus magnum, »Stabbing The Drama«.

Commented singer Björn “Speed” Strid: “The cover for Death Resonance is made by Mircea Eftemie and in many ways he managed to capture what we went through while recording »The Ride Majestic«: the sorrow, the close encounter with death, the aftermath and also the existential cogitation that came with it. It links those albums together, even though »Death Resonance« contains unreleased material from 2005 and forward. The cover almost seems like a link between life and death and not only captures where the band is right now, but also where we’ve been and what lies ahead.”