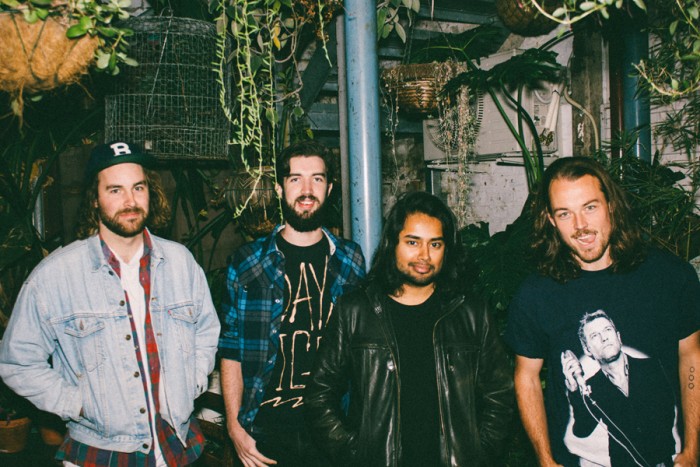 Scuzzy DIY punks, Going Swimming have just gifted us with their newest track ‘Your Sister’. After getting their feet wet with the release of their debut EP, ‘The Shark Attack EP’ back in 2013 and a bunch of singles, Going Swimming return to the helm with what is the first taste of their upcoming debut LP.

Forming in 2012 as a form of escape from the seriousness of their former bands and let’s be honest… who needs an excuse to hang out with your best mates, write unaffected and unpretentious garage rock and get loose?

Their live set is captivating, dominated by a sharp interplay between punchy bass lines and surf-beat drums, all washed in a river of snarling melodies, which has earned them their local stripes.

Your Sister delivers rock ‘n’ roll music with an eye toward the dirty south, prompting visions of garage legends like King Khan & BBQ Show or early era Black Lips, while decidedly forging their own sonic pathways. According to Jason Powell of Guantanamo Baywatch, they’re like White Zombie if White Zombie were a surf band.

Recording most of their work at home, Going Swimming carry a strong sense of DIY and are determined to show what can be done with a little inspiration and more than a little motivation.

This is just the beginning, but until next time, we’re going to bath in the vintage lo-fi freak-outs of Your Sister.
[soundcloud url=”https://api.soundcloud.com/tracks/200716588″ params=”color=ff5500&auto_play=false&hide_related=false&show_comments=true&show_user=true&show_reposts=false” width=”100%” height=”166″ iframe=”true” /]