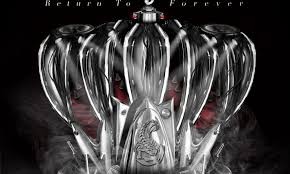 “There’s something unreal about the number”, reckons Klaus Meine. The video for ‘Wind of Change’ has been viewed more than 108 million times on YouTube to date. VEVO meticulously recorded the view requests and certified them, making Scorpions the first German band cracking the 100 million click mark. Once again, Scorpions have written a piece of music history.

The number is not only impressive; it also highlights the Scorpions phenomenon. 50 years after a very young Rudolf Schenker founded the band in the profoundly provincial, post-war Hannover, the Scorpions remain a band that is able to attract masses of new fans at any given time. A fact that surprises even the musicians themselves, as they gladly admit. “It’s really remarkable”, says Rudolf Schenke.

“Today”, they all marvel, “we’re not only as hip as we were at our best times, our audience is becoming younger and younger as well.” The insight that new generations worldwide are just now discovering Scorpions inspires them. In 2010, the band had reached a point where the perpetual cycle of studio sessions, album releases, and subsequent mega tours had in the end worn them out to such an extent that they seriously considered winding down and planned to retire with a farewell tour. 2013 however, a world tour later, brought a breath of fresh air. The sensational MTV Unplugged concert at the Lycabettus open-air theatre in Athens was the most urgent reminder of how dreamlike and intense performances in front of an audience can be, and what challenges still await them. Either way, the hunger for more had returned, for all of them.

So the band once again met up with their two favourite Swedes to realise a project, which initially had been intended to be rather plain. Mikael Nord Andersson and Martin Hansen had already produced ‘Sting In The Tail’, and re-arranged the whole material for MTV Unplugged together with Matthias Jabs.

Ultimately, the band recorded 19 songs altogether- twelve of which are on the album, sixteen on the Deluxe Edition. They all present the Scorpions at the peak of their creativity once again. Tracks like the first single ‘We Built This House’ are as contemporary as the sweeping ‘House Of Cards’ (a guaranteed live hit). Also belonging in the category live hit is ‘Eye Of The Storm’, a track, that transports a notion of the unbelievable dynamic and joy of playing, characterising the Scorpions’ stage performances.