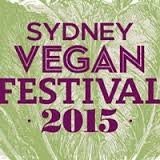 After the successful launch of the SYDNEY VEGAN FESTIVAL in 2014, the organisers are incredibly excited to
be hosting the second edition in Sydney on Sunday, March 22 at The Factory Theatre. Live music, high profile
speakers and of course awesome food were the main attractions last year, and for 2015, things are getting a
whole lot bigger!

The SYDNEY VEGAN FESTIVAL will be headlined by none other than Thug Kitchen. With their confronting and
in your face style, Thug Kitchen is here to ‘verbally abuse you into a healthier diet.’ Don’t expect them to hold back in putting you into your place while making sure you get on a healthy diet. Their cook book Thug Kitchen : Eat Like You Give A Fuck has received great reviews worldwide and you can expect them to smash out a few recipes live in front of your eyes.

For those of you who are conscious of your physique, the mighty Jim Morris will be present at the event. Currently at 79 years of age, this Vegan body builder, yes, you read that right, vegan, featured in the Think
Before You Eat campaign for PETA. He will be talking about his life, his transition to vegetarian and then to vegan,and how his current lifestyle has led him to be the healthiest he has ever been.

Then we have a Sydney vegan favourite Suzy Spoons: The Vegetarian Butcher. Suzy Spoon’s Vegetarian
Butcher is a vegetarian deli café on King Street, Newtown. Suzy has been cooking vegan food for over 20 years,
and also was the personal chef to Vegan actor Tobey Maguire while he was in Sydney filming The Great
Gatsby. Suzy’s inspiration comes from the desire to create delicious cruelty free, meat free meals that are quick to prepare, taste great and are not over processed or made of un-natural ingredients.

For the athletically inclined, we have Durian Rider. Known as an international speaker, activist and an athlete, Durian is on a mission to increase public awareness of the benefits of a high carb, low fat raw/vegan lifestyle. Durian believes in a very simple lifestyle and there will definitely be a lot to take away from his life experiences.

To learn more about food, vegan lifestyle and cuisine, we have Maz from the glorious Sadhana Kitchen! With
everything in their kitchen made from organic season produce, Sadhana Kitchen offers dine in, lunchbox delivery
service, cleanses, Vegan tea, wellbeing classes and more, all served with the most important ingredient – Love.

One movement that we all can relate to is the fight against Child Abuse and Animal Cruelty. To enlighten us more on this topic, we have Tracy Keenan from Peanuts Funny Farm. Peanuts’ mission is to bring as many
disadvantage, neglected and abused children and animals together as possible and provide care and
rehabilitation for both. The animals share the farm with children that are often from dysfunctional/abusive families themselves. They have a lot of activities that involve animals and children spending time together, and firmly believe that this will help break the cycle and mind set of abuse and help create a better future for both animals and children of today and of future generations.

Along with Tracy, we are incredibly excited to have Michael Dahlstorm – a critically acclaimed filmmaker most
recently in the news for his latest documentary The Animal Condition. Animal Welfare is a growing concern and
this documentary shows how this issue has developed from something small to a large community concern in
Australia. The film looks into how animals are being treated in farms across Australia and also looks at various Animal Welfare Activists / Groups. The film doesn’t really make a judgement, but Michael and his team presents all sides of the story so the audience can make their own decisions with regards to the ethics involved.

Rounding out the line up will be Clare Mann (Vegan Psychologist), Phillip Hall (Animals Australia), Naturally
Plus there will also be stalls from Lord Of The Fries, Addiction Foods, 80 Raw / 20 Paelo, Superfood Sushi,
Pana Chocolate, Herbisaurus, Footprint Fashion, Rise Clan, The Vegan Teahouse and more…