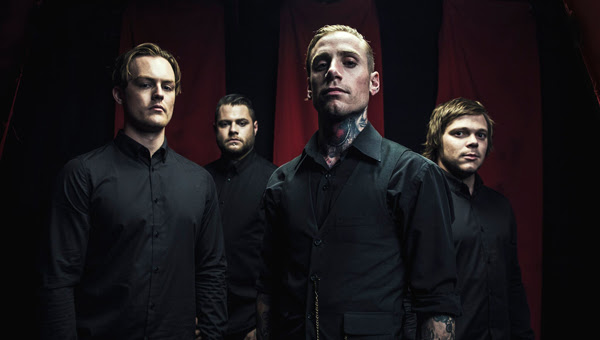 Save The Clock Tower’s album ‘The Familiar // The Decay’ is live for pre-order today, Friday 17th June in online stores everywhere. To celebrate this, the band are releasing the second single from the forthcoming record, “The Familiar Decay.” The track comes gratis to punters when the album is pre-ordered online.

The track got its worldwide premiere on Wednesday night Australian time with a spin on triple j’s Short Fast Loud and then widely streamed on Australian Hysteria’s website yesterday. With previous single “White Cross” already garnering praise from triple j, Blunt Magazine, Rolling Stone and Pilerats, the love is stacking up for Tasmania’s premier metalcore act.

The album drops on July 1 worldwide and they hit the road in July across Australia to show it off to a fanbase clamoring for their return.

Vocalist Luke Vaessen is elated to be putting the record out. “It’s an amazing feeling to be bringing out a record we are all 100% happy with. The Familiar//The Decay isn’t just a collection of songs pushed together, it’s a completely story driven album played out over two acts. It is something that we feel is an experience.”

SAVE THE CLOCK TOWER – THE FAMILIAR DECAY TOUR
JULY 2016

FRIDAY 22ND – NEWCASTLE – DRONE
Supported by
LIBERTIES, WE MAY FALL, THE BEAUTIFUL MONUMENT & I DIGRESS BAND

SATURDAY 30TH – ADELAIDE – ENIGMA BAR
Supported by
ASPIRATIONS, AFTER CHANGE, HOLLOW EYES, ACROSS THE ATLAS, THE CHASE, BEHOLD THE SEA