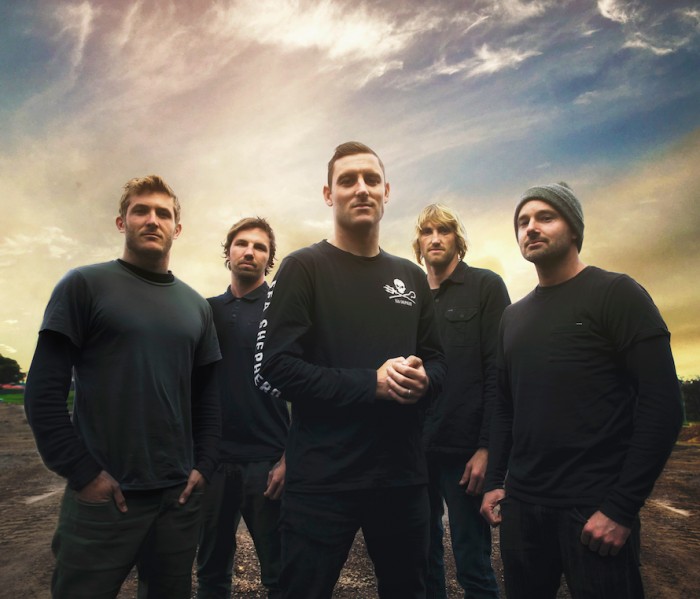 Byron Bay heavyweights PARKWAY DRIVE has spent the past decade at the forefront of heavy music worldwide. Today, they share Devil’s Calling, a brand new single from the IRE Deluxe Digital Edition released on all digital platforms, Friday 15 July via Resist Records.

IRE Deluxe Digital Edition is available to pre-order on iTunes and includes 2 new tracks and a remix of A Deathless Song featuring Jenna McDougall from Tonight Alive.

IRE which debuted at #1, was named Best Metal Album of 2015 by iTunes and is certified GOLD ARIA sales status alongside their four previous albums.

PARKWAY DRIVE push themselves as musicians and songwriters and continue to take their established classic sound with big heavy riffs on new track Into The Dark and anthemic chants on Devil’s Calling.

“Devil’s Calling was written post the release of IRE. The lyrics came as a response to the growing tensions we are seeing worldwide. In the last year we have seen people with flames of hatred, war, bigotry and fear used as a tool once again to divide and deflect our attention away from the corruption and malice that sits at the head of our power structures. It was written simply as a protest song; we see it, we all see what is wrong. This is a redirection of the energy; we take the fires you light and use them to burn the bridges that connect the power from the base.” Explains Winston McCall